I Pray For The Destruction Of The Airline Industry During Holy Sacrifice Of The Mass: Trump Gives Pep Talk To Airlines Industry As Airline Industry Set To Lose $113 Billion Over Coronavirus Fears.... 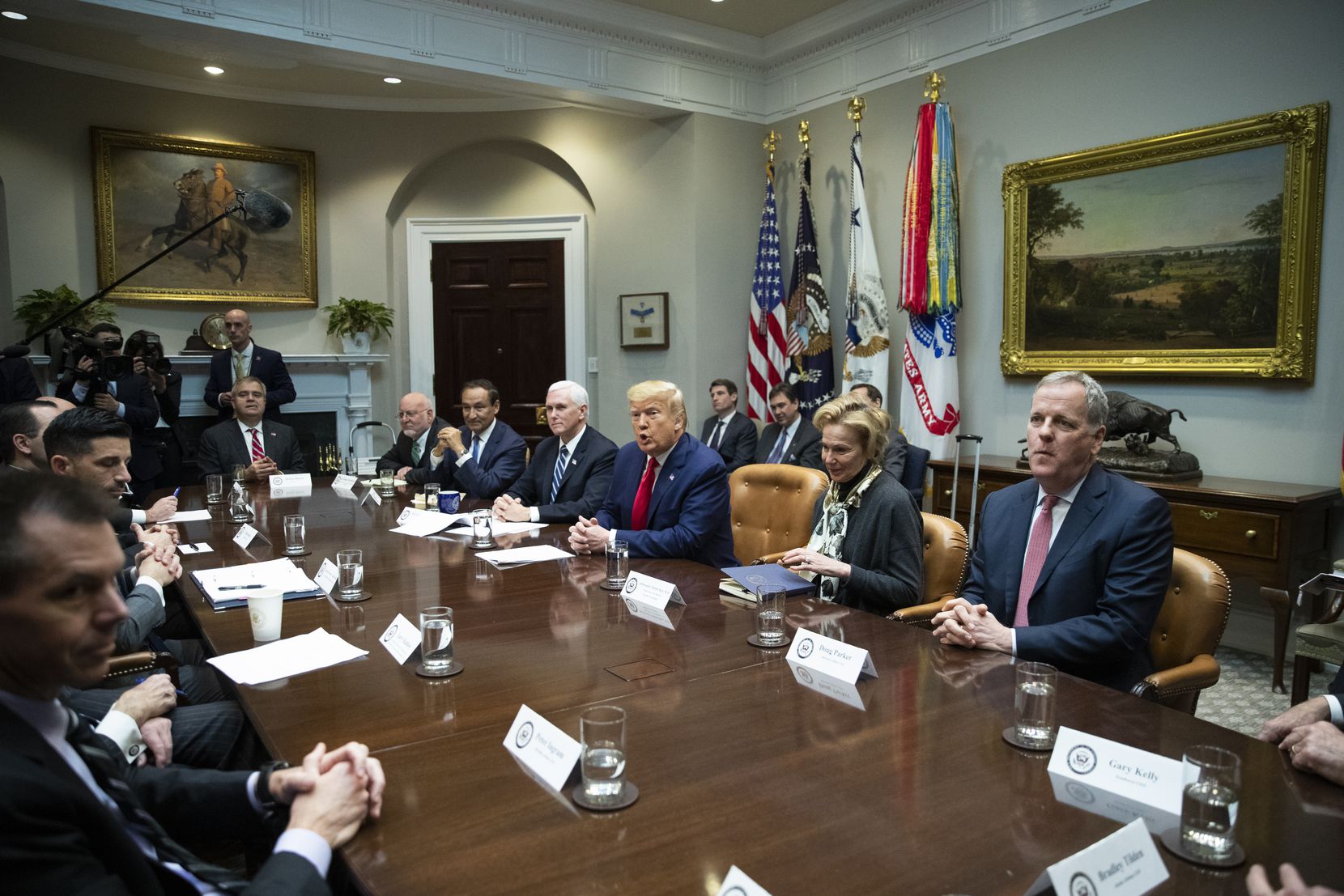 President Donald Trump sought to reassure US airline leaders on Wednesday as the industry confronts a potential collapse of travel demand because of the coronavirus epidemic.  In a meeting with chief executives of American Airlines Group Inc., Southwest Airlines Co., United Airlines Holdings Inc. and other airlines, Trump acknowledged the coronavirus and international travel restrictions erected to contain it have affected their sector. But it said it remains safe to fly to the destinations serviced by the carriers.  “As certain areas get to be more of a problem we may close them up as we have done with numerous areas. At this moment we think we have it very much in hand,” Trump said. Source


Coronavirus: IATA says airline industry could be impacted by over $110 billion

Latest analysis from the International Air Transport Association (IATA) estimates that coronavirus could cost the global airline industry up to $113 billion.  The figure is up significantly from the $29.3 billion estimate which IATA published in mid-February.  The association said that global revenue losses for airline passenger businesses would now be between $63 billion and $113 billion depending on the continued spread of the virus. The analysis does not include estimates for the impact on cargo operations.  IATA said that since it provided its February analysis, “the virus has spread to over 80 countries and forward bookings have been severely impacted on routes beyond China”.  The association added that airline share prices have fallen nearly 25 per cent since the beginning of the outbreak – 21 percentage points greater than the decline seen at a similar stage during the SARS crisis of 2003.  The analysis looked at two scenarios – “Limited Spread” (looking at the number of markets with over 100 confirmed COVID-19 cases as of March 2), which would result in an 11 per cent passenger revenue loss equal to $63 billion – and “Extensive Spread” (looking at markets which currently have ten or more cases), which would result in a 19 per cent loss equating to $113 billion. Source