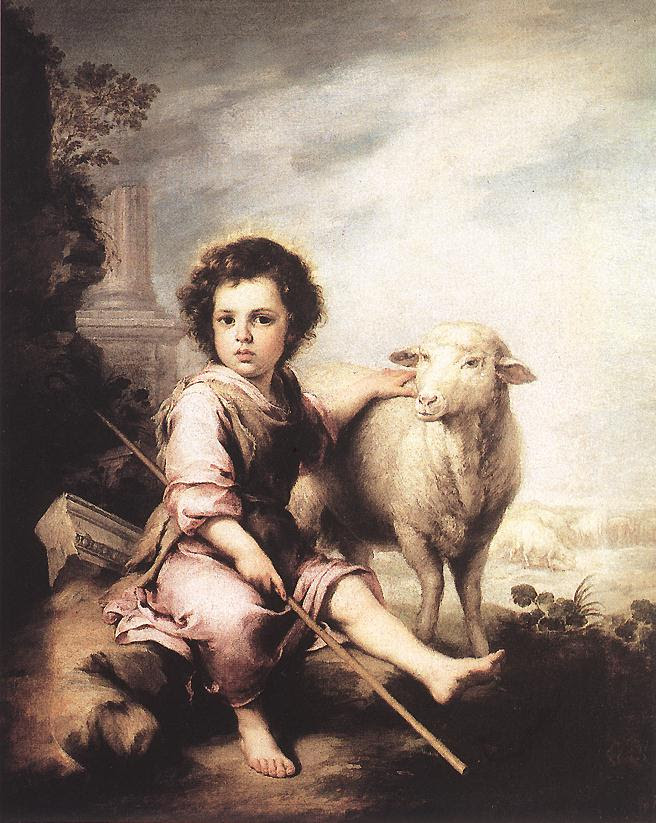 At that time Jesus said to the Pharisees: I am the good shepherd. The good shepherd giveth his life for his sheep. But the hireling, and he that is not the shepherd, whose own the sheep are not, seeth the wolf coming, and leaveth the sheep, and flieth: and the wolf catcheth, and scattereth the sheep: And the hireling flieth, because he is a hireling: and he hath no care for the sheep. I am the good shepherd; and I know mine, and mine know me. As the Father knoweth me, and I know the Father: and I lay down my life for my sheep. And other sheep I have, that are not of this fold: them also I must bring, and they shall hear my voice, and there shall be one fold and one shepherd.

The last Sunday the Gospel was, how Christ the eight day after his Resurrection appeared unto his disciples, with his wounds fresh upon him, to show that he had died for them, & not only for them but for the whole world.

This Sunday is read the Gospel, how Christ said unto the Pharisees: I am the good shepherd, a good shepherd giveth his life for his sheep, which though we believe he hath done already, yet as he spake it to the Pharisees by way of prediction or foretelling it before it was done: so the Church breadth it now, not only as an acknowledgement what he hath done for us already, but as a promise and prediction that he is so good a shepherd of our souls, that if need were, he would die for us again, as well to preserve us, as he did to redeem us, and this would he do for every one if us in particular as well as for all, as appeareth plainly by a parable Christ proposed in the Gospel, and the occasion thereof which was this: Christ did oftentimes eat and drink with Publicans and and singers and use their company to convert them.

The Scribes & Pharisees one time seeing it, murmured and took exception thereat, whereupon Christ proposed this Parable unto them: which of you, sayth he, having a hundred sheep & one of them being strayed away, will not leave all the rest in the desert & go and seek that one, till he find it, & having found it, lay it upon his shoulders joyfully & when he hath brought it home call his neighbors & friends to congratulate with him that he hath found his sheep again: & this Parable did Christ propose by way of interrogation or asking a question, Which of them would not do so, if it were his case? as if it were absurd to do the contrary; a more vehement assertion or asseveration then a plain affirmation.
By this parable Christ stop the mouths of the Scribes and pharisees his calumniators, and with all left us a lesson of his love towards us, that he would as it were leave all his flock, and seek any one of us, if we go astray, and give his life again for any one in particular to save his soul if need required, for hereunto the parable pointed, and the word (I do give my life) in the present time, signifieth as much: for the meaning of (Ido give) is, I am always ready to give, and this he would do merely out of his love, which appeareth likewise by these words of the parable that he that found his sheep rejoiced & called his neighbors to rejoice with him.

Joy proceeds of love but Christ hath no need to rejoice for himself, he having no need of us nor we nothing unto him, but that we are his enemies by sin and disobedience he being our creator, in regard whereof we own him not only our service, but even ourselves.

These words, I am a good shepherd, or rather according to the Greek (that, or the good shepherd, which signifieth a super excellent above all other) importeth a kind of vaulting or ostentation, which is far from Christ, but he had another meaning, to wit, pointing at us, what good sheep we ought to be that have such a good shepherd: for a shepherd and sheep are correlatives having a reference one to another: a good shepherd inferreth good sheep.

What sheep we should be, St. Paul briefly but pithily telleth us in these words: The charity of Christ (towards us) doth urge us, to love him again, and to serve him and he giveth this reason, because , saith he, if one man, to wit Christ died for all, then we are all dead to ourselves, we are not our own, but as St. Peter sayth, a people of acquisition, that is to say, acquired and purchased by Christ to be his people, and the sheep of his pasture, and therefore ought not to live to ourselves but to him that died for us, and rose again: that is to say, to live only to do him service, and not to fulfill our inordinate concupiscence and desires against him & his law: such a shepherd deserveth such sheep.

Likewise these words of Christ, I am that good shepherd, are not only an expostulation with us to be goof sheep, but if we be not a grievous expropriation, such another as God use to the Jews comparing them to a vineyard, saying thus, after ge had enumerated and reckoned up his manifold benefits and they ungrateful unto him: What could I do more for my vineyard, I expected it should bring e good grapes, and it hath brought forth nothing but bad.

So he may say of us, if we be bad sheep, what could a shepherd do more for his sheep and how ill do they requite me? 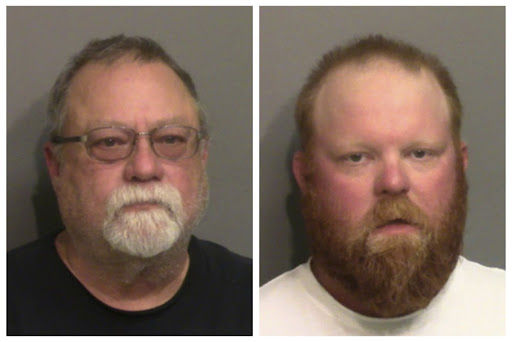