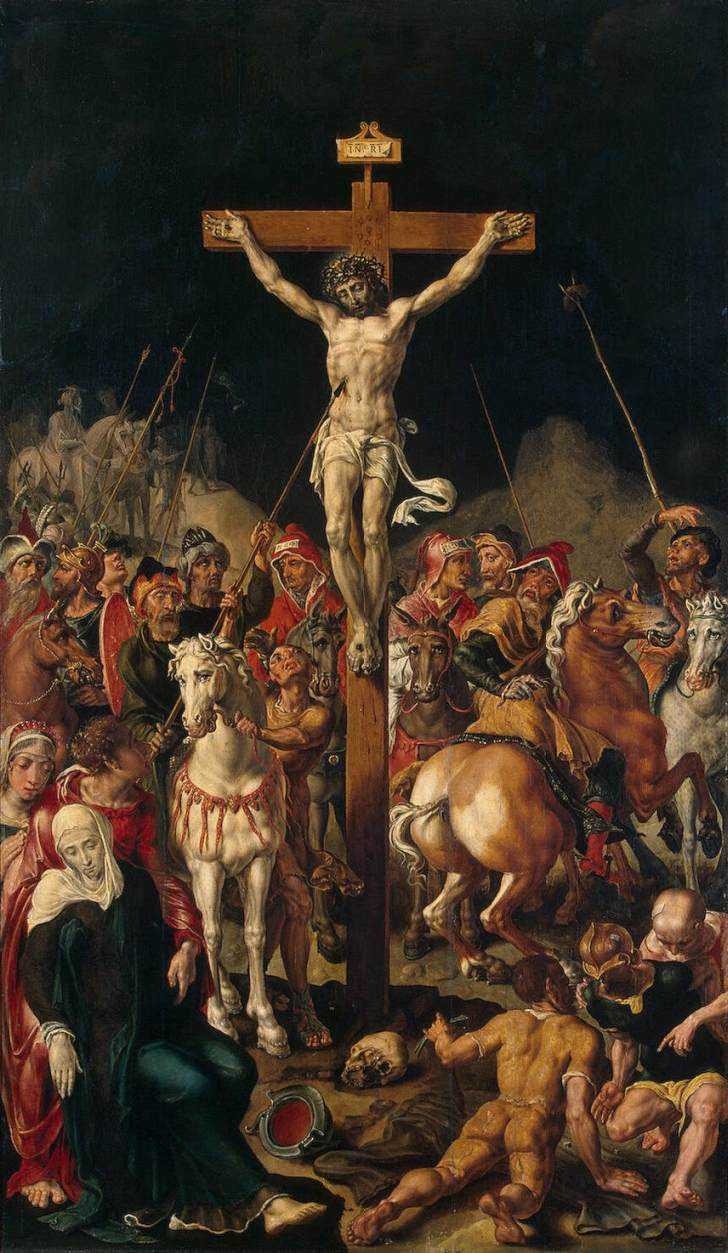 Christ came not only to redeem us by his death and passion: but to instruct us as well by his example of life as by his doctrine,how to live, that we may be able to obtain his redemption by such means as he hath ordained for us, to apply the merits of his death & passion unto us.  Whereupon St. Gregory sayeth, that Christs actions are our instructions: and St. Peter sayeth, that Christ suffered for us, leaving us an example that we should follow his steps, that is to say, not only to redeem us, but to instruct us by his example of life, how to obtain his redemption.

Wherefore in this action of Christ his departing from his disciples before they could receive the holy Ghost, we have two or three instructions or documents delivered unto us.

First that Christ would not take so much upon him as to send the holy Ghost a person equal to himself while he was here on earth, in the form of a mortal man, till after his departure, and that he were glorified in heaven, according to that saying of the Scripture, The holy Ghost was not yet sent, because Christ was not yet glorified.  Hereby we may learn, that whereas it is a peculiar voice of these times, that men love to carry themselves above their degree, & to do this they are at greater expenses then they can or care to pay; not to go further then will well stand with our estate and degree, nor to put forward our selves before others more than is fit, but to give every man his due respect.

Another is this: A kings harbinger in time of progress, being to take up a house for the King himself, he that dwelleth in the house will desire to dwell in some little part thereof, that he be not troubled to remove, the harbinger will not admit it; he desireth if he may not remain there himself, at least he will permit some chests or other household stuff and furniture may be in some corner of the house, that he be not troubled to remove it; he answereth by no means, it must be all removed, the Majesty and the greatness of his Master doth require the whole house if it were much greater.

Our Saviour Christ being to send so great a person as the holy Ghost into the hearts of his disciples,he would not have any thing remain there that might favor of flesh and blood, no not the carnal and human love of himself, as his disciples love partly was, and Christ desired they should love him only with a divine & spiritual love, which they could not till he were ascended into heaven out of their sight, even that being an impediment to the coming of the holy Ghost into their hearts.

Christ used no other remedy but his absence, leaving them in prayer, and expectation of the coming of the holy Ghost,and replenishing them with his manifolds gifts, and grace,to teach us, we have no better remedy then our absence from those things we inordinately love, & earnest prayer, that we may avert our love from them, & convert it unto God,of which more in the next meditation.