Confirmed Explosion At Khojir Missile Base In Iran 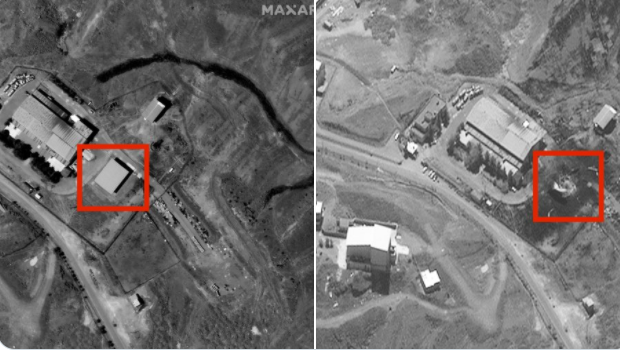 Before And After
Khojir Missile Base
Iran

DUBAI, United Arab Emirates — An explosion that rattled Iran’s capital came from an area in its eastern mountains that analysts believe hides an underground tunnel system and missile production sites, satellite photographs showed Saturday. What exploded in the incident early Friday that sent a massive fireball into the sky near Tehran remains unclear, as does the cause of the blast. The unusual response of the Iranian government in the aftermath of the explosion, however, underscores the sensitive nature of an area near where international inspectors believe the Islamic Republic conducted high-explosive tests two decades ago for nuclear weapon triggers. The blast shook homes, rattled windows and lit up the horizon early Friday in the Alborz Mountains. State TV later aired a segment from what it described as the site of the blast. Source

What Iranian Authorities Hid About The Big Explosion In East Tehran

On June 25, Tehran residents were treated to an unusual sight, a bright orange light in the nighttime sky over Eastern Tehran. Iranian officials soon claimed that what had happened was a mere explosion of industrial gas tanks in the general area of Parchin, the site of Iran’s vast explosives, rocket, and ammunition manufacturing complex. Yet a closer examination of videos posted on social media seemed to suggest that the blast took place in the Khojir region of Tehran, something finally confirmed by satellite pictures a day later. While Parchin has gained notoriety for its role in Iran’s pre-2003 nuclear weapons program, Khojir has generally escaped public scrutiny despite being the single most important site associated with Iran’s ballistic missile program. The vast area nestled in between the mountains of East Tehran houses various entities of the Aerospace Industries Organization, itself subordinate to Iran’s Ministry of Defense and Armed Forces Logistics (MODAFL). Source 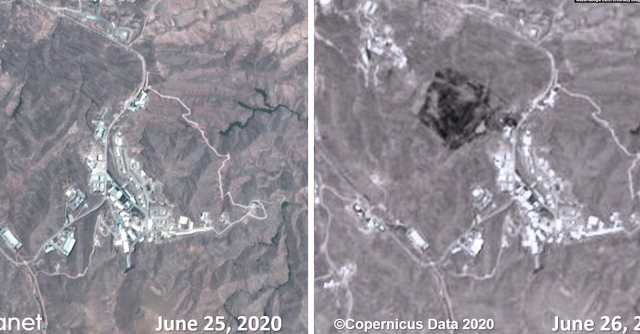 Satellite images show that, contrary to the claims of the officials of the Islamic Republic, an explosion took place in the Khajir region of East Tehran.