What happened?
On 23 March 2021 the outsourced Google employees (not American citizens) censored a post that was originally published

That's five months ago.
What? Why?
Why censor a post five months later?
Oh....
A teacher at the Batley Grammar School in the UK showed his students my post of the Head Of SAMUEL PATY With Mohammed Star is Born.
The post is reconstructed the best I could do: 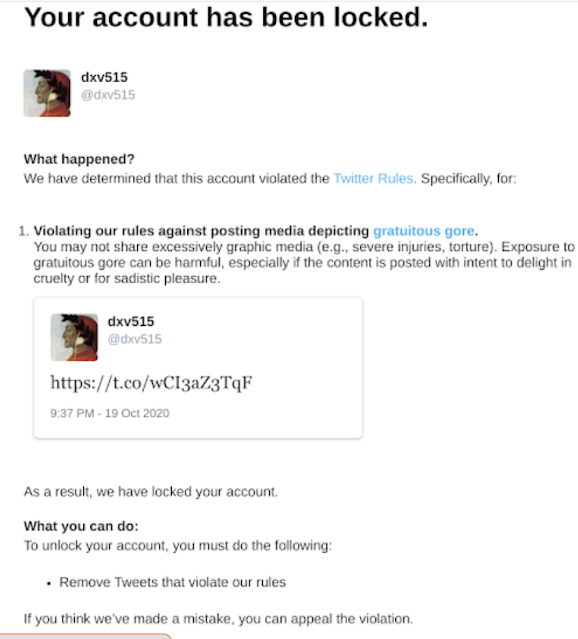 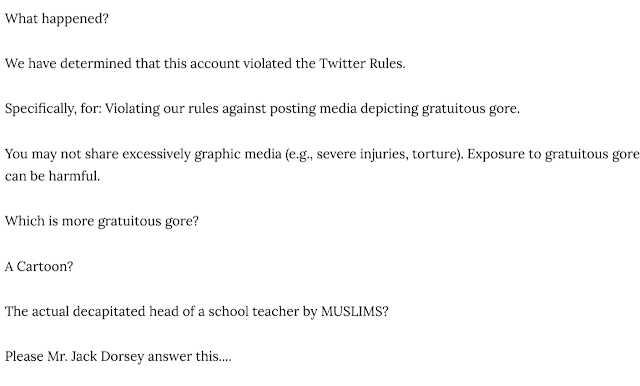 The 19 October 2020 Post ends here.
Why did the Outsourced Indians over at Google censor this post? Five months later?
Well, because a teacher in the UK took the image from this 19 October 2020  post and showed it to the his Muslim student at Batley Grammar School.
The Muslim parents got word and freaked out.
Here is the story over at Daily Mail:
Grammar school head issues 'unequivocal apology' and suspends 'RE teacher who showed class Prophet Muhammad cartoon' - but sends police officer out to tell furious Muslim parents protesting at front gates
The headteacher of a grammar school which suspended a teacher who allegedly showed a caricature of the Prophet Muhammad during a lesson on blasphemy issued a grovelling apology today. Dozens of furious Muslim parents protested outside the historic Batley Grammar School in West Yorkshire for seven hours today and chanted 'shame on you' as they called for the teacher to be sacked. A West Yorkshire Police officer read out an apology to mothers and fathers from headteacher Gary Kibble, but this provoked even more fury from those gathered as they called the teacher a 'danger'. Parents have claimed that the teacher, who the school have not named, showed students a cartoon of the Prophet during a religious education class - and had predicted he would face a controversial reaction. In posts to Facebook, the teacher is said to have accepted that pupils at the co-educational free school would tell their parents about the image before then displaying the cartoon to the class. An angry crowd first gathered outside the grammar school at 7.30am today, causing the establishment to delay its opening and tell pupils to stay home amid chaotic scenes at the gates. The parents were still protesting at lunchtime, as police began threatening them with Covid-19 fines and shut a road in both directions. Police later said there were no arrests or fines issued. It took until 2.30pm for the demonstration to be cleared by police, a spokesperson for West Yorkshire Police confirmed. MailOnline has asked the school a series of questions, including about what images were shown. Source 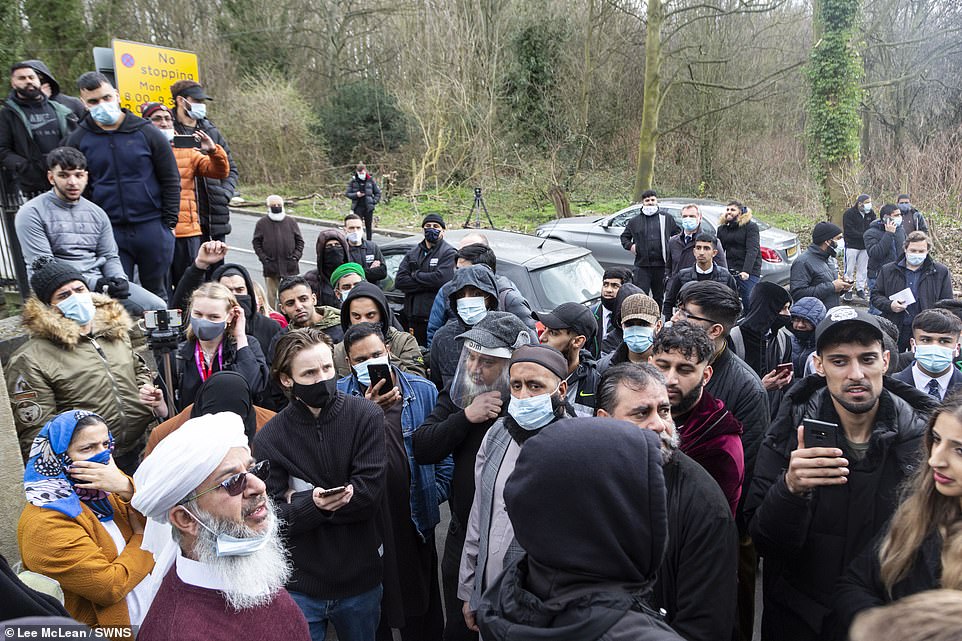