Mysterious Radio Burst From Space Is Unusually Close—And Especially Baffling...Because Its Coming From The Demons Of The Darksome Atmosphere! 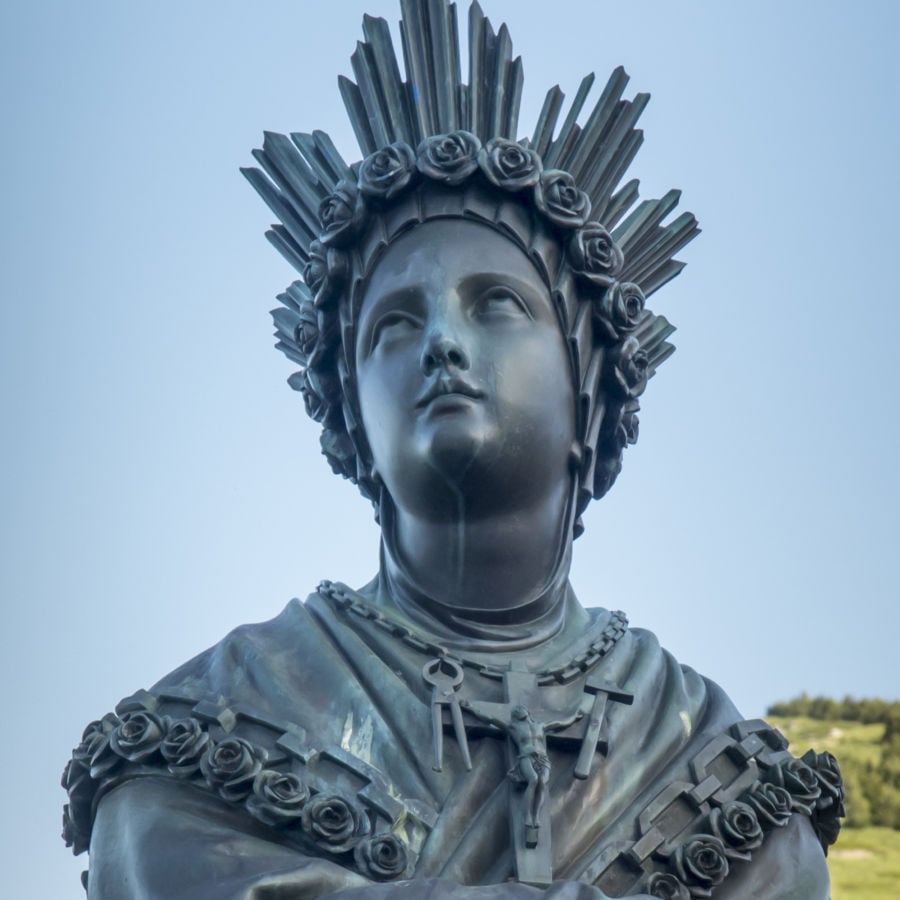 For the time has come when the most astonishing wonders will take place on the earth and in the air. Our Lady of La Salette 19 Sept. 1846 (Published by Mélanie 1879)
Voices will be heard in the air. Men will beat their heads against walls Our Lady of La Salette 19 Sept. 1846 (Published by Mélanie 1879)
“The demons of the air together with the Antichrist will perform great wonders on earth and in the atmosphere, and men will become more and more perverted. Our Lady of La Salette 19 Sept. 1846 (Published by Mélanie 1879)
Our wrestling is not against flesh and blood; but against Principalities and Powers, against the rulers of the world of this darkness, against the spirits of wickedness in the high places. Ephesians 6:12
Mysterious radio burst from space is unusually close—and especially baffling
Bight, fleeting blasts of radio waves coming from the vicinity of a nearby galaxy are deepening one of astronomy’s biggest mysteries. The repeating bursts of energy seem to be coming from an ancient group of stars called a globular cluster, which is among the last places astronomers expected to find them. Often originating billions of light-years away, the extremely bright, extremely brief bursts of radio waves known as fast radio bursts, or FRBs, have defied explanation since they were first spotted in 2007. Based on observations to date, scientists surmised that the bursts are powered by young, short-lived cosmic objects called magnetars. But a fast radio burst discovered last year has now been traced to a globular cluster about 11.7 million light-years away, near the neighboring spiral galaxy M81, according to a paper describing the discovery posted on the scientific preprint server arXiv. Finding this burst among a cluster of aging stars is kind of like finding a smartphone embedded in Stonehenge—the observation doesn’t make sense. “This is definitely not a place fast radio bursts are expected to live,” Bryan Gaensler, an astronomer at the University of Toronto and a co-author of the new paper, posted on Twitter. “Just what is going on?” Scientists are struggling to explain the cosmic anachronism. They’re also moving toward the conclusion that maybe, as with many other celestial phenomena, there are multiple ways to cook up a fast radio burst. "FRBs might be—might be—just this generic phenomenon associated with a whole range of possible sources,” says Cornell University astronomer Shami Chatterjee, who studies the bursts but is not part of the discovery team.
“What is happening here?”
Scientists first spotted the burst, dubbed FRB 20200120E, in January 2020 using the Canada Hydrogen Intensity Mapping Experiment (CHIME) telescope, which has proven to be a relentless FRB-finding machine. When CHIME came online in 2017, scientists knew of fewer than 30 fast radio bursts; now the telescope has boosted that total to well over a thousand. Like at least two dozen known bursts, FRB 20200120E is a repeater—a space engine that produces multiple detectable blasts of radio waves, rather than exploding once and vanishing. Its bursts are not as bright as those coming from billions of light-years away, in the distant cosmos, but over the last year, they’ve allowed scientists to identify the FRB’s location in the sky. From there, the team could attempt to identify a source. Measurements of the bursts suggested that FRB 20200120E was quite nearby, so astronomers knew they were hunting for something local, perhaps even within the Milky Way’s gassy, sparsely populated halo. Scientists then used a network of radio telescopes known as the European Very Long Baseline Interferometry Network to pinpoint the burst’s precise location. “We conclusively prove that FRB 20200120E is associated with a globular cluster in the M81 galactic system, thereby confirming that it is 40 times closer than any other known extragalactic FRB,” the authors write in the new paper. “The interpretation of that is where things get very, very interesting,” Chatterjee says. “It is very hard to fit into existing models.” Source 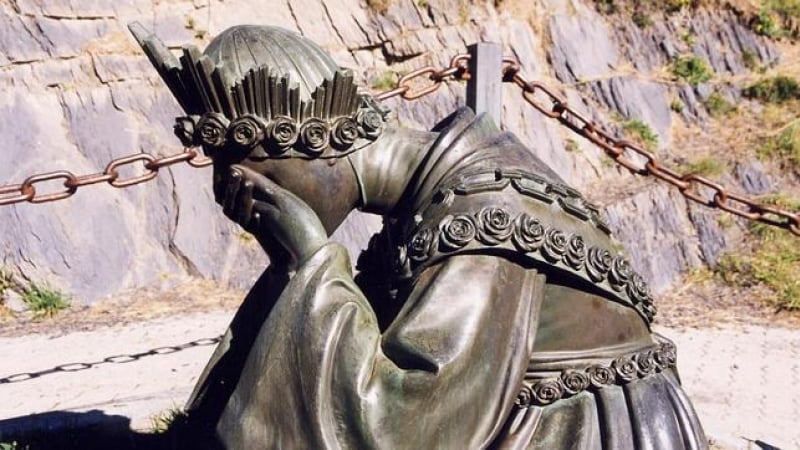 Here read from St. Thomas Aquinas on where Demons reside...
Article 4. Whether our atmosphere is the demons' place of punishment?
Objection 1. It would seem that this atmosphere is not the demons' place of punishment. For a demon is a spiritual nature. But a spiritual nature is not affected by place. Therefore there is no place of punishment for demons.
Objection 2. Further, man's sin is not graver than the demons'. But man's place of punishment is hell. Much more, therefore, is it the demons' place of punishment; and consequently not the darksome atmosphere.
Objection 3. Further, the demons are punished with the pain of fire. But there is no fire in the darksome atmosphere. Therefore the darksome atmosphere is not the place of punishment for the demons.
On the contrary, Augustine says (Gen. ad lit. iii, 10), that "the darksome atmosphere is as a prison to the demons until the judgment day."
I answer that, The angels in their own nature stand midway between God and men. Now the order of Divine providence so disposes, that it procures the welfare of the inferior orders through the superior. But man's welfare is disposed by Divine providence in two ways: first of all, directly, when a man is brought unto good and withheld from evil; and this is fittingly done through the good angels. In another way, indirectly, as when anyone assailed is exercised by fighting against opposition. It was fitting for this procuring of man's welfare to be brought about through the wicked spirits, lest they should cease to be of service in the natural order. Consequently a twofold place of punishment is due to the demons: one, by reason of their sin, and this is hell; and another, in order that they may tempt men, and thus the darksome atmosphere is their due place of punishment.
Now the procuring of men's salvation is prolonged even to the judgment day: consequently, the ministry of the angels and wrestling with demons endure until then. Hence until then the good angels are sent to us here; and the demons are in this dark atmosphere for our trial: although some of them are even now in hell, to torment those whom they have led astray; just as some of the good angels are with the holy souls in heaven. But after the judgment day all the wicked, both men and angels, will be in hell, and the good in heaven.
Reply to Objection 1. A place is not penal to angel or soul as if affecting the nature by changing it, but as affecting the will by saddening it: because the angel or the soul apprehends that it is in a place not agreeable to its will.
Reply to Objection 2. One soul is not set over another in the order of nature, as the demons are over men in the order of nature; consequently there is no parallel.
Reply to Objection 3. Some have maintained that the pain of sense for demons and souls is postponed until the judgment day: and that the beatitude of the saints is likewise postponed until the judgment day. But this is erroneous, and contrary to the teaching of the Apostle (2 Corinthians 5:1): "If our earthly house of this habitation be dissolved, we have a house in heaven." Others, again, while not admitting the same of souls, admit it as to demons. But it is better to say that the same judgment is passed upon wicked souls and wicked angels, even as on good souls and good angels.
Consequently, it must be said that, although a heavenly place belongs to the glory of the angels, yet their glory is not lessened by their coming to us, for they consider that place to be their own; in the same way as we say that the bishop's honor is not lessened while he is not actually sitting on his throne. In like manner it must be said, that although the demons are not actually bound within the fire of hell while they are in this dark atmosphere, nevertheless their punishment is none the less; because they know that such confinement is their due. Hence it is said in a gloss upon James 3:6: "They carry fire of hell with them wherever they go." Nor is this contrary to what is said (Luke 8:31), "They besought the Lord not to cast them into the abyss"; for they asked for this, deeming it to be a punishment for them to be cast out of a place where they could injure men. Hence it is stated, "They [Vulg. 'He'] besought Him that He would not expel them [Vulg. 'him'] out of the country" (Mark 5:10).