This Is War! Macron Sends Military Boat Racing Towards Jersey For Stand-Off With Royal Navy Warships 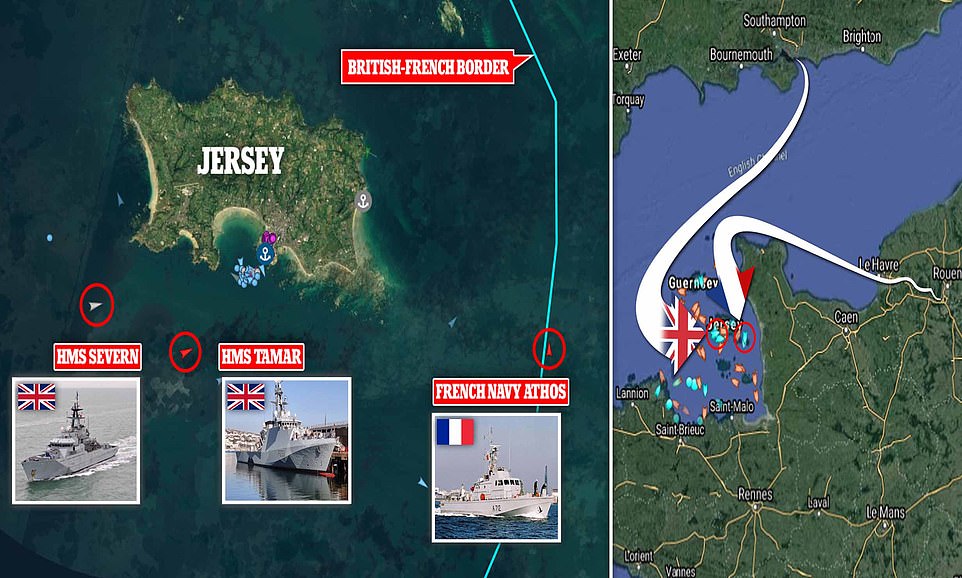 “A little error in the beginning leads to a great one in the end.” St Thomas Aquinas
"France, Italy, Spain, and England will be at war. Blood will flow in the streets. Our Lady of La Salette 19 Sept. 1846 (Published by Mélanie 1879)
'This is like an invasion': Now Macron sends military boat racing towards Jersey for stand-off with Royal Navy warships - after 100 French fishermen BLOCKADE harbour and surround British vessels in row over post-Brexit fishing
Emmanuel Macron has sent a military boat racing at full speed towards Jersey for a stand-off with the Royal Navy as 100 French fishing vessels blockade the harbour. Athos was hurtling towards the British Crown dependency to confront HMS Severn and HMS Tamar - despite them being far superior in size and power - as they monitor the protest over post-Brexit fishing rights. But it screeched to a halt before entering UK waters - as it has not asked permission from Britain or the island - and was forced to watch from afar. The British boats are armed with cannon and machine guns and are roaming the Channel after Paris warned yesterday it could cut off electricity to the island - which is largely supplied via an undersea cable. Boris Johnson is understood to have decided to deploy the huge patrol boats after intelligence revealed the 100 fishing boats would block access to the port at Saint Helier. The sabre-rattling Prime Minister will keep his eye on events in the Channel throughout today as voters take to the polling booths in the local elections. 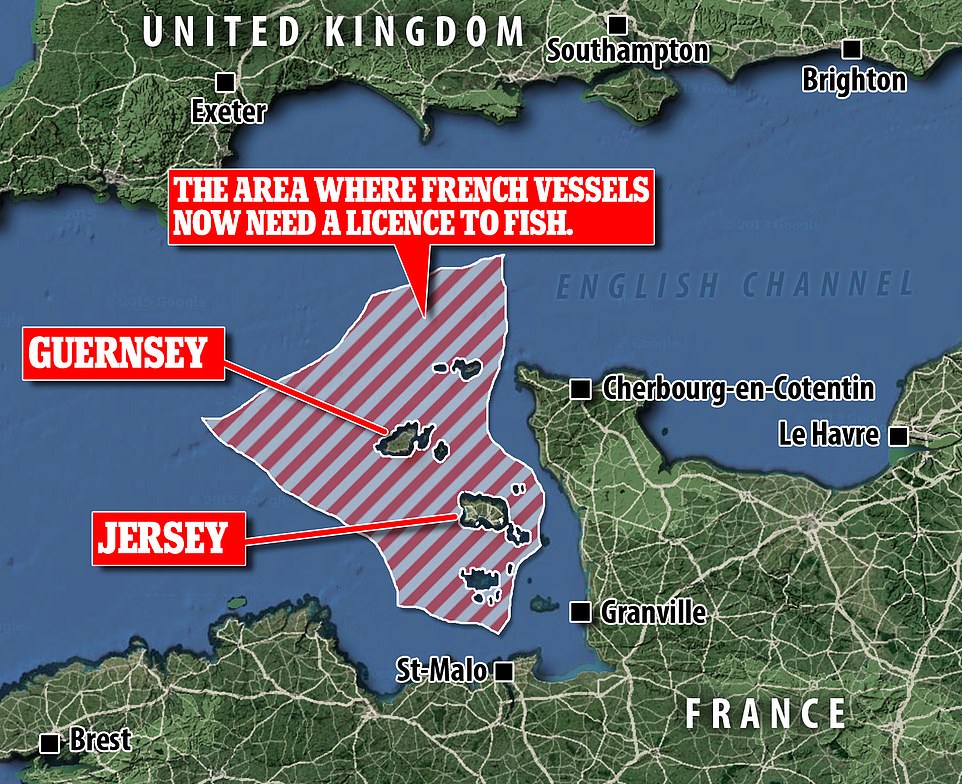 It comes after French maritime minister Annick Girardin yesterday accused the Channel Island of dragging its feet over issuing new licences to French fishing boats. She said France was ready to take 'retaliatory measures' – suggesting it could cut its power, with 95 per cent of its electricity coming from France. David Sellam, the head of the Normandy-Brittany sea authority, added he believes Jersey has been taken over by an 'extremist fringe who want to reduce French fishing access and profit from Brexit'. He said: 'We're ready for war. We can bring Jersey to its knees if necessary.' Witnesses on the ground counted 100 small vessels on the choppy water this morning, with French fishermen setting off flares and hoisting banners calling for access to the waters. Jersey fisherman Josh Dearing was astonished by the scenes on the sleepy island, describing the port this morning as 'like an invasion'. The blockade evokes memories of the Cod Wars which took place in the North Atlantic during the 1970s, when at times the Royal Navy stopped Icelandic boats from interfering with British trawlers. The row is the result of Jersey implementing new requirements under the terms of the UK-EU trade deal for boats to submit evidence of their past fishing activities in order to receive a licence to carry on operating in its waters. Source
Email Post