MEDITATIONS FOR ADVENT: 6 The First Promise of a Redeemer 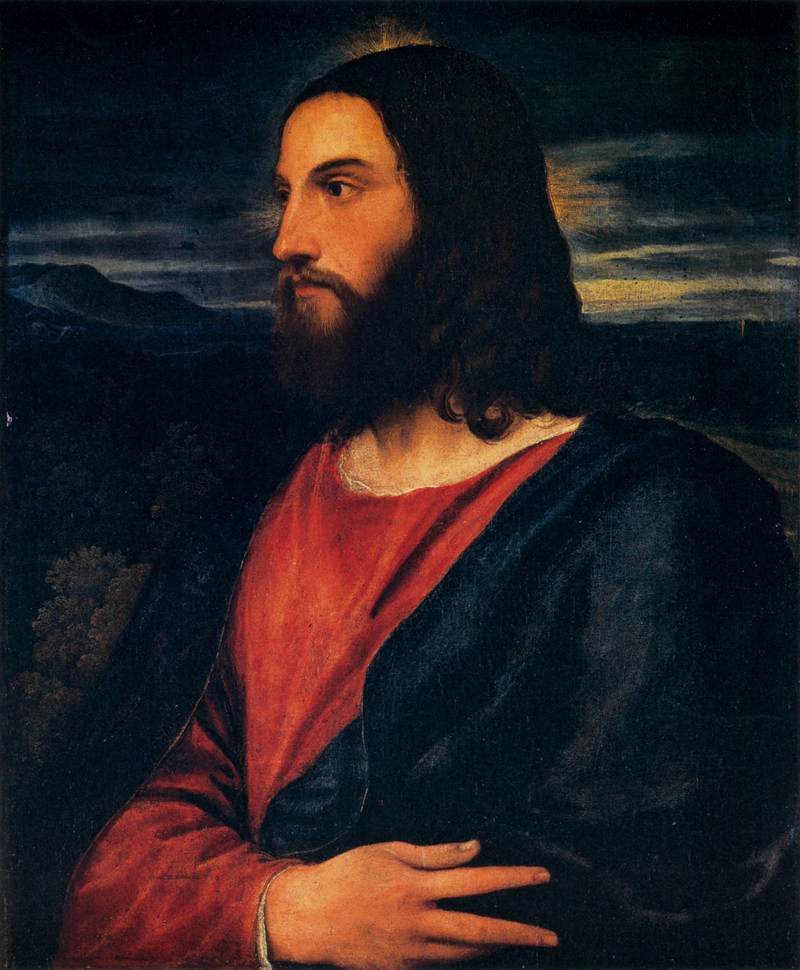 TIZIANO Vecellio
Christ the Redeemer
1533-34
MEDITATIONS FOR ADVENT:
6  The First Promise of a Redeemer
It was on the very day of our fall that God said to the serpent, our corrupter: “I will put enmity between you and the woman, and between your seed and her seed; she shall bruise your head” (Gen. 3:15).
One must not think that God desired to judge or to punish the visible serpent, for it is an animal lacking intelligence. This is an allegory in which the serpent is judged as a figure of the Devil, whose instrument he had been. By the seed of the serpent is to be understood all liars, whose father he is, as the Savior explains: “When he lies, he speaks according to his own nature, for he is a liar and the father of lies” (John 8:44). By the seed of the woman is to be understood one of her descendants, a fruit that will come forth from her by which she shall bruise the head of the serpent. One must not suppose that the entire race of women could be victorious over the serpent, seeing as we do so great a number of them who do not ever lift themselves up from their own fall. The seed of the woman triumphs insofar as there is a child of the woman who will defeat the demon and all of his minions.
One of the ancient versions of the text — the one that we follow here — attributes this victory to the woman, saying that it will be “she” who shall bruise his head: ipsa conteret. We must understand that the woman will enjoy this victory by means of bringing the victor into the world. In this way, two lessons are joined: the one that we find in the original, which credits the victory to the son of the woman, and the one in our own version, which credits it to the woman herself. So, in whichever way we take the text, we see come forth from the woman a fruit that will crush the head of the serpent and destroy his empire.
If God had not said that there would be an eternal enmity between the serpent and the woman, or with the fruit that she should bear, the future victory of the woman and her son would not have been foretold. Yet we do see that she and her seed will bruise the head of the serpent, and the victory thus remains with our race. Now, to know what is meant by this word race, this fruit, or to translate word for word, this blessed seed of the woman, we must listen to Saint Paul on the promise made to Abraham: “By your offspring shall all the nations of the earth bless themselves” (Gen. 22:18). The apostle remarks: “It does not say, ‘And to offsprings,’ referring to many; but, referring to one, ‘And to your offspring,’ which is Christ” (Gal. 3:16).
It is thus in him that all the nations shall be blessed, all in one alone. And so in these words addressed to the serpent — “I will put enmity between you and the woman, and between your seed and her seed” — we are to understand that God has in view one son and one fruit; that is, Jesus Christ. And God, who could just as easily have said, and we may think should have said, that he would place this enmity between the dragon and the man, or the fruit of the man, wished instead to say that he would put it between the woman and the fruit of the woman, in order better to point out that this blessed fruit, being born of a virgin, would be the fruit of a woman alone, a woman about whom Saint
Elizabeth said, “Blessed are you among women and blessed is the fruit of your womb” (Luke 1:42).
It is you, O Mary, whose fruit will crush the head of the serpent. It is you, O Jesus, who are this blessed fruit in whom our victory is assured. I give you thanks, my God, for having thus brought me hope. And I shall sing to you with David: “O God, thou art my fortress, the God who shows me steadfast love” (Ps. 59:17) and again, “Will the Lord spurn forever, and never again be favorable? Has God forgotten to be gracious? Has he in anger shut up his compassion?” (Ps. 77:7, 9). No, merciful and good Lord, you were not able — if one dare say it — to hold back your mercy, for on the very day of your anger and at the very pronouncement of the sentence upon our first parents and their entire posterity, your mercy declared itself and you caused the liberator to appear, promising us the victory from that moment.
Archbishop Jacques-Bénigne Bossuet
Email Post