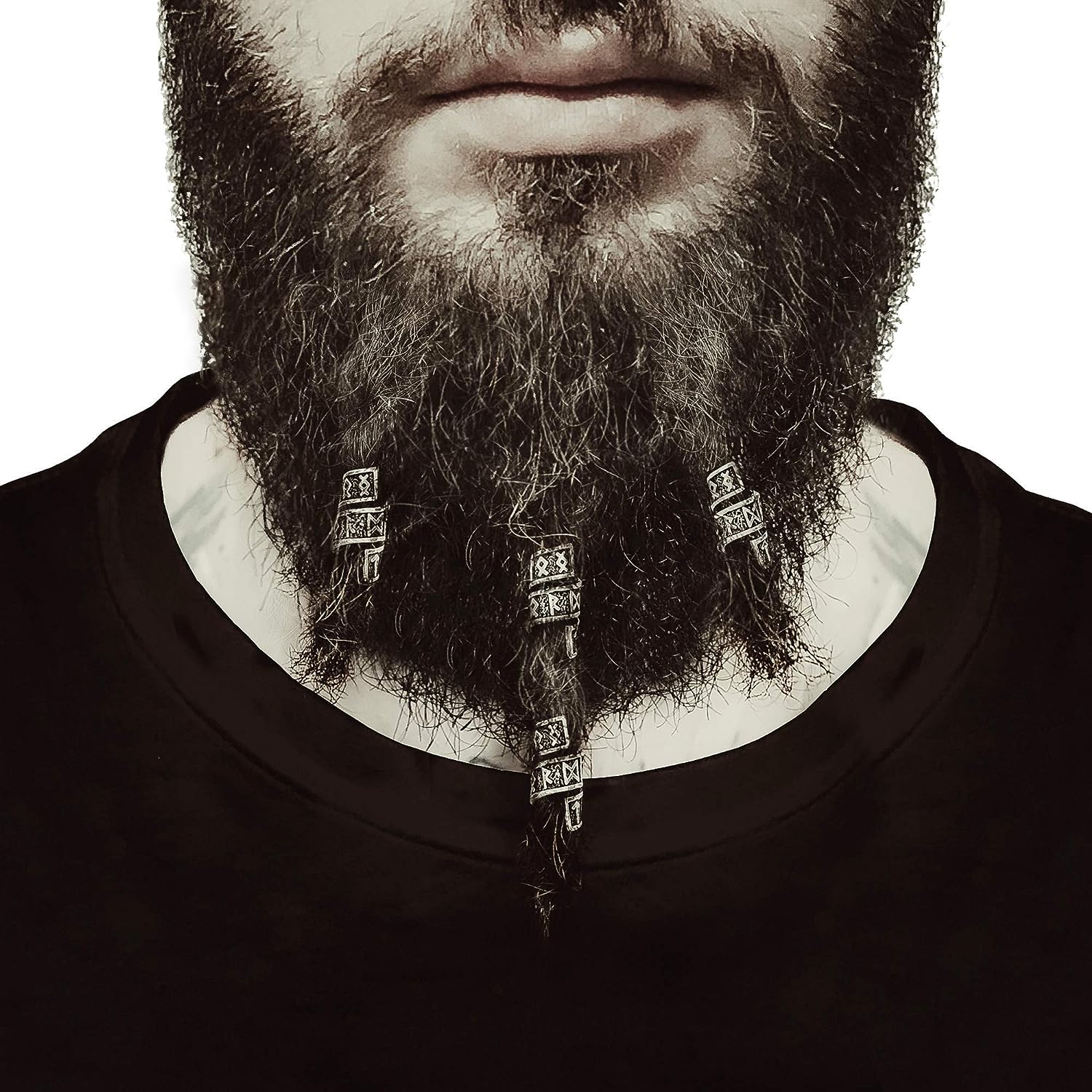 I have been saying for the longest time that many Rad Trads are embracing Islam (baby steps if you will) I think it has to do with antisemitism. Rad Trad feel more at home with Muslims than they do with Jews. The majority of Rad Trads are stupid enough to think that if one is anti Jew then one must embrace Islam. For Rad Trads its either - or. Rad Trads don't realize that they can reject both Judaism and Islam at the same time. Its as if the Rad Trads need permission to reject both?

Did you know that the history of beaded beards comes from the Vikings?

Did you know that the Vikings are  heavily influenced by Islam?

Why do FSSP Rad Trads surround themselves with unnecessary creature comforts all the time? Is that mortification?

What are beard beads?
Simple question! Beard beads are a decorative piece of jewelry that you thread through your facial hair and wear as a beard style. This accomplishes a few things at once. Using beard beads can look pretty damn cool if style it properly. It also keeps it tidy and neat if you have a long beard. Think about why Norsemen would use them. If you were a Viking and had a massive Viking beard then this would keep it out of the way while pillaging and those sort of activities. Sword and axe swinging, Viking ship building...that sort of thing. But for real, it does help to keep your beard out of the way. The Norse would also braid their hair for the same reason and in fact bearded men all over the world still do the same thing. While there may not be any specific or direct evidence that Norse or Vikings used these beads in their beards, scientists and archeologists have found jewelry and beads that can have easily been used for this purpose. From what we know in history, Vikings had very well kept beards and hair as it was part of who they were. It’s safe to say that there were more than a few Norsemen rocked these beads and braids. Let’s call them battle braids. Braiding beards and hair is nothing new. Source
Email Post