Fifth Sunday After The Epiphany Meditation Of The Parable Of The Cockle. Point I 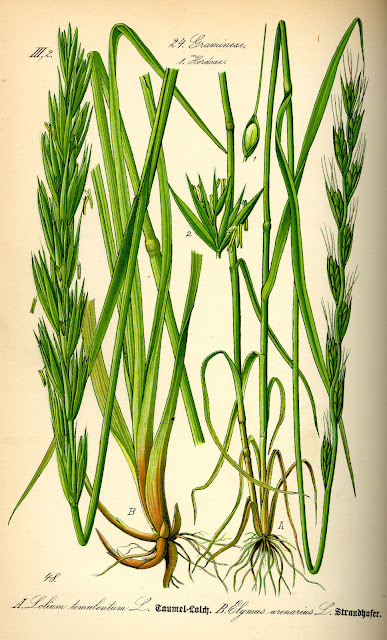 THE XLV. MEDITATION.
Of The Parable Of The Cockle.
THE 1. POINT.
The kingdom of heaven, is resembled to a man, that sowed good seed in his field, but when men were asleep his enemy came, & over, sowed cockle among the wheat and went his way, and when the blade shot up, and had brought forth fruit, then appeared also the Cockle.
1. This parable, likewise Christ our Lord expounded, saying; That himself was the lower, whole office it is to sow in the field of the world his good seed, which are the Children of the kingdom, to wit, the juſt, who are to be heirs of his celestial kingdom.
And they are called the seed of JESUS Chriſt, because they are his Children, engendered of his noble and celestial progeny, begotten in the being of grace, in virtue of the seed of divine inspiration, which is sowen in their harts.
They are also seed, whereof others do spring, such as themselves: because the perfect after the imitation of their Lord and master, endeavor to engender other just, which may serve almighty God, as themselves do serve him.
2. But the enemy, who is the devil, amidst the good seed soweth Cockle, which are the wicked.
For as the Cockle, when it is in the blade, resemble the Wheat, but after it groweth up, doth blacken, and endamage the wheat wherewith it growth, as also the man, which feedeth thereon, because it hurteth the sight, provoketh to vomit, and troubles the senses: even so the evil, resemble the good, in the nature of men, yea even in faith it self, and in external Christian ceremonies, not with standing they are in very truth black in soul, by the means of sin; have their interior sight: greatly troubled, with ignorance, and errors, as well in faith as in matters of manners, causing scandals and dissensions, and in the end provoke almighty God to vomit them, and to cast them forth of himself.
Where upon making comparison of these two seeds, I will say to my self.
Behold which of these two thou lovest best, to be the ſeed of JESUS Christ, who is thy friend, thy salvation: or the seed of the devil, who is thine enemy, and seeketh thy damnation.
Colloquie
O God of my soul, I desire from the bottom of my hart to be thy seed, promptly obeying thy divine inspiration: permit not that I obey to the suggestion both of mine and thine enemy, for fear least I become the Cockle of thy Church provoke thee to cast me forth of the same.
3. Thirdly I will ponder, how the enemy sowed the Cockle, after the sowing of the wheat, men in the mean while being asleep: to signify, that first there were good before the wicked: as well among the Angels in heaven, as among men in paradise: and generally, ſince that JESUS Christ sowed in his Church the ſeed of the just, by means of Baptism, and the other Sacraments, Satan hath come to sow Cockle, procuring to pervert them, and to transform them into darkness; and this he do while men sleep, to wit, by night, suddenly, and when they are most careless, or when they are drowsy, and sleep the sleep of slothfulness.
Colloquie
O most sweet JESUS, the sower of all good seed, since thou ever watches, and never sleepest , and seest the cockle, which the enemy pretends to sow in thy field, make not as if thou slumber, suffering him to sow in me, that which may sonder me from thee, and if I through negligence do fall asleep, let thy mercy watch to awake me, to resist the enemy, before he bath dominion over me, Amen.
4. Fourthly I will ponder, how the enemy in sowing the Cockle, Fled, to signify, that he hide himself lest he should be known, like unto him, who throw a stone, and hide his hand: and sometimes transfigure himself into a friend, and into an Angel of light for to deceive us.
Other times he departs ceasing to tempt us, that so we may remain careless, and immediately return with greater rage, to overthrow us.
Whence it is that the wheat, and the Cockle, for the resemblance which they have, one with another, are not discerned, until they yield fruit: to signify, that oftentimes, the good, and the evil, are like one another at the first beginning, for that the evil take upon them the habit & figure of the good, and the wolves (as our Sauiour saith) cover themselves in sheep skins: but at such time as the fruit appeareth, each one discover who he is, and whether the virtues which he hath, are true, or fain, which is made manifest by their works.
Fr. Luis de la Puente
Email Post