FIFTH SUNDAY AFTER THE EPIPHANY MEDITATION OF THE PARABLE OF THE COCKLE. POINT III 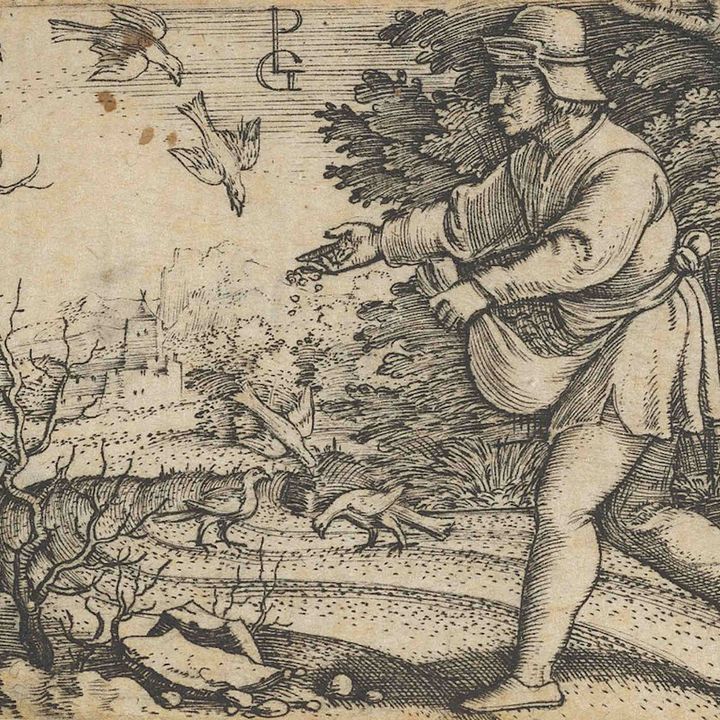 Of The Parable Of The Cockle.

The servants saying unto him.
Wilt thou that we go and gather the Cockle? he answered no; Least perhaps you root up the Wheat together with it.
In this second demand of the servants, is to be pondered, the zeal of the just, when they behold so many evils in the world, which zeal is disordered in some, for four causes.
The 1. cause is, for as much as with this their fervor, they would root up at an instant, all the Cockle together, and take out of the world, out of the Church, or out of religion, all the wicked, and out of themselves, all vices and passions at a very push, which according to common reason is impossible.
The 2. cause is, for that they will needs pluck up the Cockle, before the time, and out of season. Whence ensue greater damage, because perhaps he who to day is Cockle, may tomorrow be converted into good wheat, and supporting with patience and longanimity,, such as are evil, by the sweetness of such correction they become good; And he who doth precipitate himself disorderly to gain perfection, cometh to be deprived of his health, and to loose that perfection which before he had gained.
The 3 cause is, that which is pointed at in the parable, becauſe they will root up the Cockle, not without danger to uproot the Wheat; which happen, when they imprudently correct or chastise the wicked to the damage and detriment the good, by scandals, wars, and troubles, which result from thence.
The 4 cause is, for that they will pluck it up, with a spirit of choler, anger, and revenge, transported more by indignation, then by compassion, like as it happened, unto the two Apostles, James, and John, when the Samaritans would not receive them: for which they were reprehended by Christ their Master.
2. Then will I ponder, the infinite charity of almighty God manifested in that answer, which was returned by the Father of the family.
For albeit, our Lord had showed himself so rigorous to the Angels of heaven, that in the same instant, that Lucifer had sown the Cockle, he pluck up the flower, together with all his seed, and cast them head long into the fire of hell, yes towards men, he would not use this terrible rigor, but would expect them with great longanimity, giving them place of repentance, desiring rather to convert it unto good seed, then to root out the Cockle; For God our Lord, will not the perdition of souls, but their salvation, and albeit he desire to destroy sins, yet would he not destroy the sinners who commit them.
Colloquie
O most sweet Sauiour, I give thee thanks, for the compassion which thou hast of such as are Cockle, beholding that they are thy bandy work by nature, although they be the handy work of Satan thine enemy thorough their sin. Destroy (O Lord) in them that which make them thine enemies, and reform in them that which thou form, that so they may become thy seed, and may be stored and horded up in the garners of heaven, Amen.
3. Thirdly the infinite mercy of almighty God, shine in this, that he doth suffer the Cockle, for the love which he bear unto the Wheat, tolerating the wicked, for the love of the good, as is to be seen when he said to Abraham, that if these were ten just in Sodom, and Gomorrah, for their sake, he would bear with the sinners that lived in them , although they were loaden with innumerable sins.
And when he afterwards decreed to punish them, he first drew forth his servant Lot, putting the Wheat under secure shelter, before he would pluck or root up the Cockle: a passing great comfort for the good, since they may be assured by this, that no evil shall come unto them from the hand of our Lord, not withstanding they be among the wicked.
Lastly I will observe that God our Lord doth not prohibit to root up the Cockle, when it may be done without the hurt of the Wheat, but to its profit: as, at this presence the Church doth chastise certain  sinners, for the example of others, that the Cockle increase not, and to cause that the good may live in quiet: nevertheless almighty God will, that they doe avoid those four disorders, a fore cited: and in this sense, he forbade his servants, to do that which they pretended,
Fr. Luis de la Puente