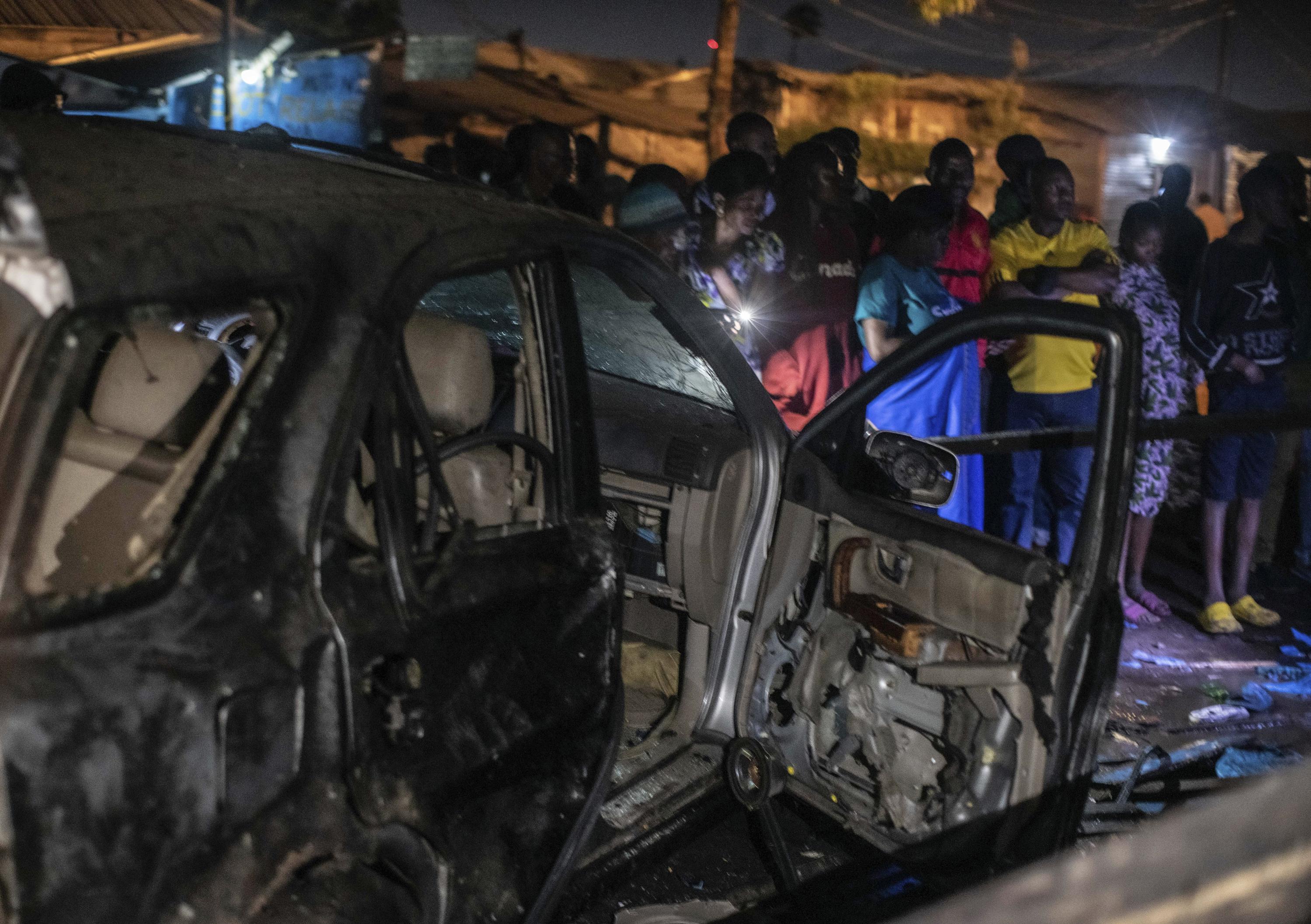 8 dead in explosion at military camp bar in eastern Congo
GOMA, Congo -- An explosion at a military camp bar on the outskirts of eastern Congo's largest city killed at least eight people Thursday night, a government spokesman said. The victims had gathered for drinks in the Katindo military camp around 7:40 p.m., Patrick Muyaya said on his Twitter account. Witnesses at the scene told The Associated Press that a grenade caused the explosion, but there was no immediate official confirmation of the accounts. The military camp is about 5 kilometers (3 miles) from the center of Goma, a city near the Rwandan border that is home to a large U.N. peacekeeping mission presence. “Teams are already on site to investigate," Muyaya tweeted. "We call on the population to remain calm." The rare explosion in Goma comes amid mounting violence in eastern Congo, some of which has been blamed on militants with shadowy links to Islamic extremist organizations. Those fighters have deliberately targeted the Congolese military as soldiers have stepped up counterinsurgency operations. Bars serving alcohol also have come under increasing attack, including a suicide bombing at a nightclub in the town of Beni on Christmas Day that killed six people. An Islamic State-affiliated group later claimed responsibility for those killings. Source
Email Post