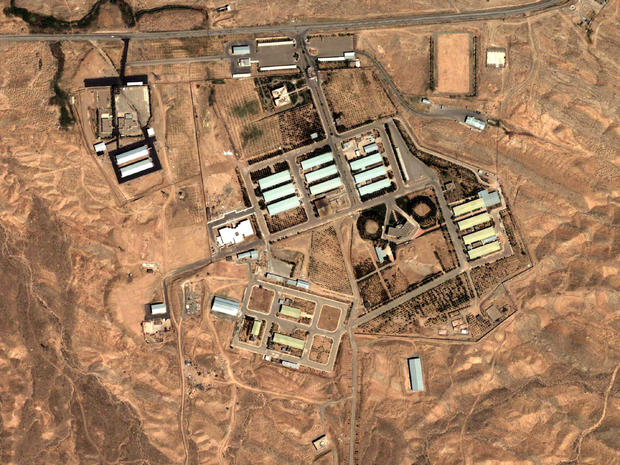 Mysterious "accident" at Iran weapons facility with suspected links to nuclear program kills engineer
Tehran, Iran — An unexplained incident struck a major Iranian military and weapons development base east of Tehran, the country's state TV reported on Thursday, killing an engineer and injuring another employee. Iran's Defense Ministry said the "accident" occurred on Wednesday afternoon at a research center at the Parchin military complex. The ministry did not elaborate on the cause of the accident or provide any further details, but said an investigation was underway. It identified the engineer who died as Ehsun Ghadbeigi. Parchin is home to a military base where the International Atomic Energy Agency previously said it suspected Iran conducted tests of explosive triggers that could be used in nuclear weapons. Iran long has denied seeking nuclear weapons, though the IAEA previously said Iran had done work in "support of a possible military dimension to its nuclear program" that largely halted in late 2003. Western concerns over the Iranian atomic program led to sanctions and eventually to Tehran's 2015 nuclear deal with world powers. The U.S. under President Donald Trump unilaterally withdrew from the accord in May 2018, leading to a series of escalating attacks between Iran and the U.S. and Tehran abandoning the deal's production limits. Ongoing negotiations led to hopes in March that a roadmap could be agreed that would see the United States rejoin the accord that Trump pulled the country out of in 2018, and for Iran to again limit its rapidly advancing nuclear program. But that month, the European Union's foreign policy chief said "a pause" was needed in the talks, blaming "external factors" for the delay. While the EU's top diplomat didn't elaborate, his remark came soon after Russia — another party to the nuclear talks with Iran — tied the ongoing negotiations to sanctions that Moscow has been hit with over its war on Ukraine. Regardless of the cause, the talks have remained stalled since March. Source
Email Post