Why did you decide to carry out the attack? To show to the replacers that as long as the White man lives, our land will never be theirs and they will never be safe from us. To directly reduce immigration rates to European lands by intimidating and physically removing the replacers themselves. To intimidate the replacers already living on our lands to emigrate back to their home countries. To agitate the political enemies of my people into action, to cause them to overextend their own hand and experience the eventual and inevitable backlash as a result. To incite violence, retaliation and further divide between the European people and the replacers currently occupying European soil… To add momentum to the pendulum swings of history, further destabilizing and polarizing Western society in order to eventually destroy the current nihilistic, hedonistic, individualistic insanity that has taken control of Western thought. Payton Gendron
White Supremacist Groyper Manifesto:
“Mass immigration and the higher fertility rates of the immigrants themselves are causing this increase in population. We are experiencing an invasion on a level never seen before in history,” it says. “Millions of people pouring across our borders, legally. Invited by the state and corporate entities to replace the White people who have failed to reproduce, failed to create the cheap labor, failed to create new consumers and tax base that the corporations and states need to have to thrive.” It continues, “This crisis of mass immigration and sub-replacement fertility is an assault on the European people that, if not combated, will ultimately result in the complete racial and cultural replacement of the European people.” The manifesto, which refers to “white genocide,” contains a name and says that the author is “18 years old as of writing this. I am the sole perpetrator of the recent attempted mass shooting. I lived in Southern Tier, New York all my life with both my parents and 2 brothers. I believe I am ethnically white since my parent’s nationalities are from north-western Europe and Italy. I graduated highschool with a regents diploma with advanced designation and am currently enrolled in SUNY Broome with a major in Engineering Science.” It continues, “I would love to continue this but there are bigger problems I’m more concerned with. I am not a warfighter, nor have I been enrolled in any military or tactical training, so excuse any mistakes I make during my attack. I was never diagnosed with a mental disability or disorder, and I believe to be perfectly sane.” He claimed to be an “INTJ” personality type and included photos of a fake active shooter that often circulate online after mass shootings. The manifesto contains many pages of anti-Jewish memes and graphics. Source 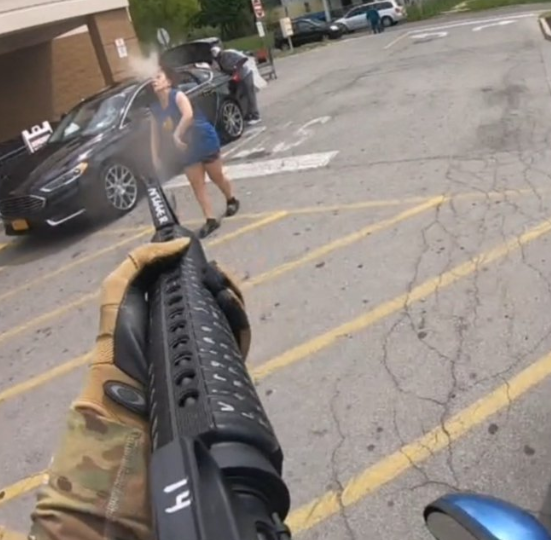