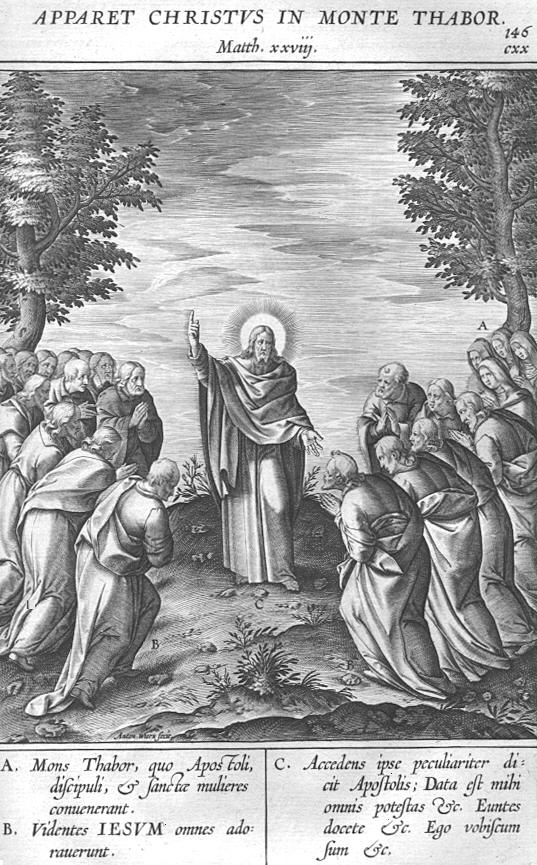 If it were possible there could be many Gods, as the contrary may be demonstrated and proved by natural reasons, and amongst the rest by this of St. Ambrose: If there were many Gods, sayth he, they must have many wills; having so,they must either agree or disagree; if disagree, the world could not be so orderly and uniformly governed as we see it is; if they agree, either one of them could govern it alone or not; if not, he were not omnipotent, and consequently no God. If one were sufficient, more were superfluous and in vain.

If therefore, as I said before, it were possible there could be many Gods, as by this argument aforsaid, besides divers others is showed there cannot, Religion would be more glorious both in it self, and to us: in it self, because Gods be multiplied, so is their honor to us, because if it be an honor unto us (as it is) to have one God, to be beloved of him, and to be our Father & friend, much more to have many: wherefore although we cannot come to this honor of multiplicity of Gods, because it cannot be, yet in having one God,and three persons, we come as near unto it as can be possible; for if there were one God and one person, it were to little for a true God, if there were more then three persons to one God, it were to much for a true God.

Wherefore believing as we do one God, and three persons, neither more or less, we cannot choose but have the true God, all the rest of the Gods of the Gentiles,as the Prophet David sayth, are Devils, and not Gods. By which three Persons; acknowledging them as we do, every one to be perfect God, & yet all three but one God, we are much more honored,then if we acknowledged on God and one person only, and more honor unto God because his honor is more extended to three persons, then to one, by attributing to every person his several Office as a for said,our Creation to God the Father, our Redemption to God the Son, our sanctification to God the holy Ghost.

That there must be in God three persons, and no more no less, I will not go about by any discourse of natural reason to show, for it is so far above the reach of natural reason that it were a great folly and presumption as aforesaid, but I will prove it only by that which God hath revealed unto us by his son Christ Jesus in his sacred word.

Christ himself hath revealed unto us that there are three divine Persons, and that these three, are one God: he promised that the holy Ghost when he came should teach his Church all truth, and nothing but the truth, for he is the spirit of truth, but this spirit hath revealed no more nor less; therefore there are no more persons nor less; if there are no more nor less, it is impossible there should be more or less.for nothing is in God, more or less then of necessity must be.

This knowledge of the Blessed Trinity though it were obscurely shadowed out in the old Testament, yet Christ was the clear Revealer of it, making mention oftentimes of his Father that sent him, and of the holy Ghost whom he would send, as he did indeed, & affirming by his own mouth, that his Father and he were one, and by the mouth of St. John the Evangelist he beloved disciples, that the Father the son &c. whom he calleth the word,but meaneth the Son, and the holy Ghost, were one, and here in this Gospel more plainly, and so plainly indeed as nothing almost could be more, bidding his disciples to preach the Gospel, and to baptize in the name of the Father, & of the son, and of the holy ghost, joining all three in equal authority together.

This knowledge, St.Paul in one place having spoken immediately before of it, by the way of thanksgiving for so great a benefit, calleth, the plenitude of fullness of our knowledge of God; and in another place, the clearness or brightness of God in the face of Jesus Christ.

Let us therefore give thanks, with S.Paul, for so great a benefit,and sing with our holy Mother the Church; Glory be to the Father, and to the son, & to the holy Ghost: As it was in the beginning, is now, & ever shall be world without end, Amen: and glory be again to our Lord Jesus Christ who so clearly revealed this glorious and comfortable mystery of the Blessed Trinity unto us, which till then was very obscurely known, and that unto very few.