Fourteenth Summer Explosion: Yet Another UK House Gas Explosion This Time In Halifax 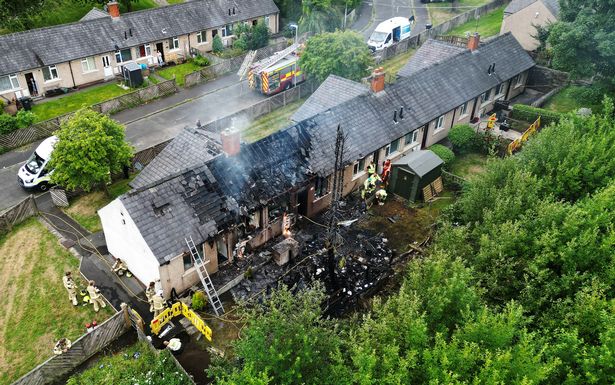 Halifax explosion: Gas blast destroys homes as neighbours forced to flee properties
One person has been rushed to hospital after a gas blast destroyed at least one home, forcing neighbours to flee their houses. Fire crews initially raced to the scene in Ovenden Crescent, Halifax, West Yorkshire, following reports of a shed fire and thick smoke billowing in the air. Six terraced homes in the quiet residential street were evacuated with some people left homeless. Aerial footage shows destroyed homes, gardens covered in soot and roofs partially destroyed. Ambulances arrived at the scene after it was reported one male and one female, both in their 50s, had smoke inhalation. Yorkshire Ambulance Service confirmed one person was taken to hospital while another was checked over at the scene. It's understood that the shed fire spread to a utility building, causing an explosion. A spokesperson from the fire service said efforts are being made to rehome residents from six properties. Resident Margaret, 63, said the fire, which is currently under investigation, was "very big and frightening". "It was scary - I was just glad they were out," she said. "These properties are council bungalows for the over 55s. Source
Email Post