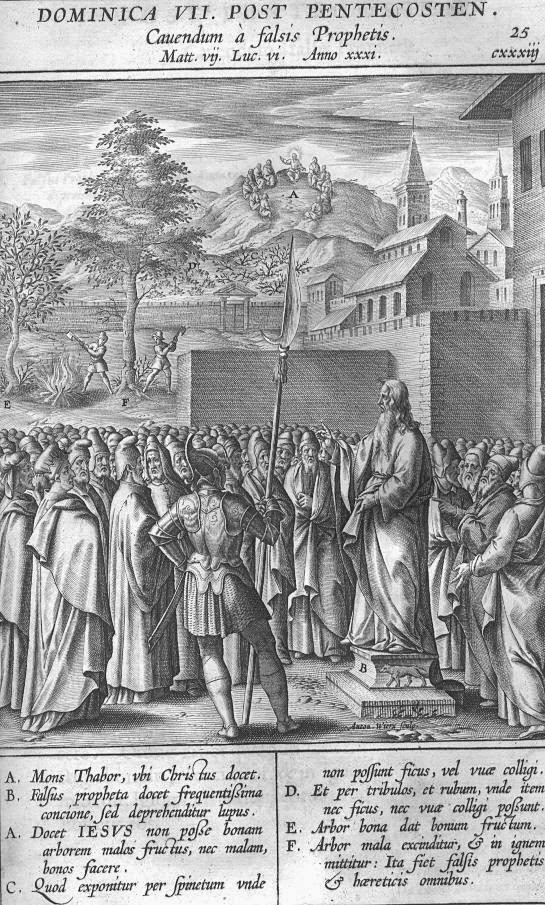 
At that time, Jesus said to His disciples: Beware of false prophets, who come to you in the clothing of sheep, but inwardly they are ravening wolves. By their fruits you shall know them. Do men gather grapes of thorns, or figs of thistles? Even so every good tree bringeth forth good fruit, and the evil tree bringeth forth evil fruit. A good tree cannot bring forth evil fruit, neither can an evil tree bring forth good fruit. Every tree that bringeth not forth good fruit shall be cut down, and shall be cast into the fire. Wherefore by their fruits you shall know them. Not every one that saith to Me: Lord, Lord, shall enter into the kingdom of heaven; but he that doeth the will of My Father who is in heaven, he shall enter into the kingdom of heaven.