Buckingham Palace releases new picture of late Queen Elizabeth's 'favourite pony', Emma, who bade farewell to the monarch with poignant appearance on Windsor's Long Walk during her funeral procession
A new picture has been released of one of the Queen's favourite ponies who made a poignant appearance at her funeral. Emma the Fell Pony stood at the side of the Long Walk on the approach to Windsor Castle as the coffin carrying her devoted owner was driven past at her final farewell last month. A portrait of the black pony, who was born in 1996, has been released by Buckingham Palace.During the ceremonial procession on September 19, Emma stood in a gap between the hundreds of thousands of floral tributes, in the care of the Queen's trusted stud groom and manager at Windsor Castle, Terry Pendry. Source 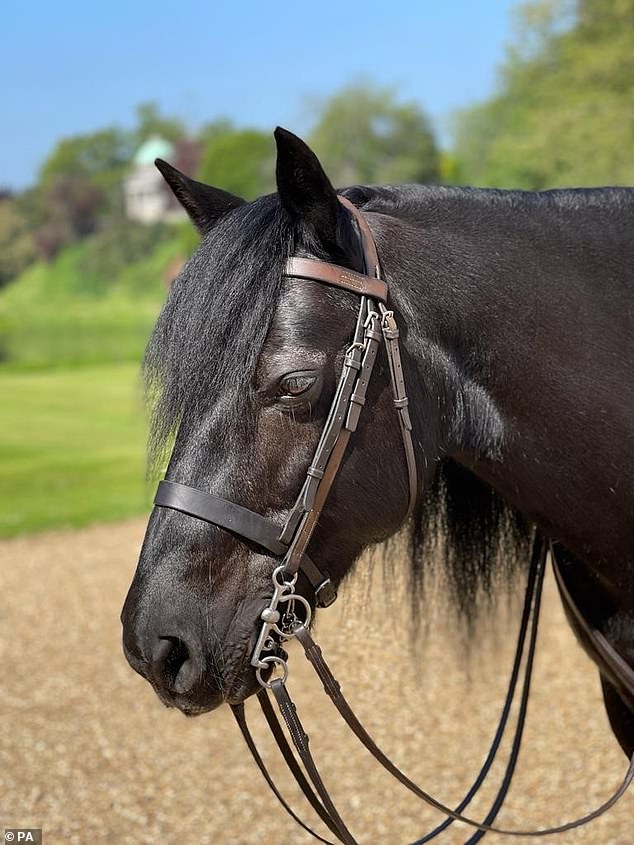