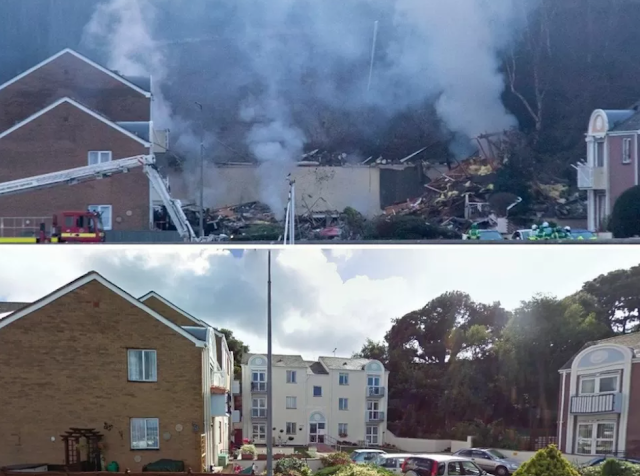 Another bomb explosion or just gas?
Remember the October 2022 County Donegal Explosion in the town of Creeslough?
Five people are confirmed to have died in an explosion at flats in Jersey, with four residents still unaccounted for, police have said.
States of Jersey Police said the operation in St Helier continued as a search and recovery effort. Chief of Police Robin Smith said: "The number of islanders confirmed to have been killed in the blast is now five." He added there were still a number of residents unaccounted for after the blast early on Saturday. The fire service had attended the flats just after 20:30 GMT on Friday after the smell of gas was reported, it has been confirmed. Mr Smith described earlier on Sunday how there had been a "meticulous and painstaking search of the debris following the explosion, to start carefully identifying bodies when and if we find them". He told a press conference: "That will take time. We are not going to be here for days we are likely to be here for weeks." It is understood there were nine known residents in the block before the blast in the three-storey Haut du Mont residential block on Saturday at about 04:00 GMT. However, details on visitors remain unknown. Mr Smith said there were "several areas of focus" in the search for bodies and families of the victims "continue to be supported by special officers". The police chief earlier estimated "around 40" people had been displaced because of the blast and the damage it had caused to nearby buildings. None of the emergency leaders could confirm the cause, but Mr Smith said it "looks likely" it was down to a gas explosion. An appeal has been set up to provide support for those affected by both the explosion and a maritime collision off the Jersey coast on Thursday in which three fishermen went missing. Chief Minister Kristina Moore said islanders were "immensely shocked and saddened" by the two tragedies this week. Source
Email Post