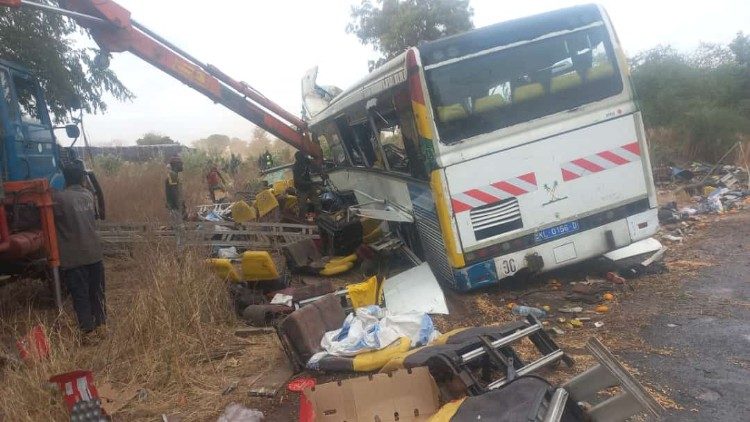 More doom to follow with the next nine days.....

Pope mourns those killed in Senegal road accident
Pope Francis has joined in mourning the 40 people killed and dozens injured in a tragic bus crash in central Senegal. In a telegram sent on the Pope’s behalf by Vatican Secretary of State, Cardinal Pietro Parolin, to the President of Senegal, Macky Sall, the Holy Father expressed his closeness and concern for the, at least, 78 people injured, some of them seriously, when damaged buses rammed into each other earlier this week. The Pope prayed that God welcome the deceased into His peace and light, and asked Him to bring comfort and hope to all those affected by the tragedy. The collision happened in Gnivy village, in the Kaffrine region, at 3:30 a.m. on 8 Jan. Following the event, Senegal’s president declared three days of mourning starting Monday, and said he would hold an inter-ministerial council to discuss road safety measures. Public prosecutor, Cheikh Dieng, said the crash happened on a national road when a public bus punctured a tire and veered across the road, colliding with another bus coming from the opposite direction. According to AP, traffic crashes happen regularly in Senegal due to poor roads, bad cars and, according to locals, lack of drivers adhering to the rules. Source
Email Post