His Inability To Discern The Evils Of Islam Got Him Killed


Ambassador Chris Stevens considers himself fortunate to participate in this incredible period of change and hope for Libya. As the President’s representative, his job is to develop a strong, mutually beneficial relationship between the United States and Libya. Ambassador Stevens was the American representative to the Transitional National Council in Benghazi during the revolution.

When he’s not meeting with government officials or foreign diplomats, you can find Ambassador Stevens meeting with Libyan academics, business people, and civil society activists, exploring Libya’s rich archaeological sites, and enjoying Libya’s varied cuisine.
For his second tour in Libya, Stevens was sent to rebel headquarters in Benghazi, Libya, to serve as special representative to the Libyan Transitional National Council. He arrived on a Greek cargo ship on April 5, 2011 and stayed until November. His mission was to forge stronger links with the Interim Transitional National Council, and gain a better understanding of the various factions fighting the Gadhafi regime. His reports back to Washington were said to have encouraged the U.S. to support the rebel council, which the Obama administration did formally in July 2011. allgov.com

Raised in San Francisco, not married, career diplomat, homosexual friends. The man did not take a vow of celibacy, no reason for the man to remain chaste,  no need to go to confession every week, really no need for Stevens to think that engaging in homosexual activity is wrong, his homosexuality certainly did not hinder his diplomatic career, but it may have got him killed.

He wanted to be in Libya. He believed in the Muslim cause, he hated Qaddafi and wanted him dead. The Ambassador got what he wanted, Qaddafi was murdered and the Muslims rebels took control of Libya. 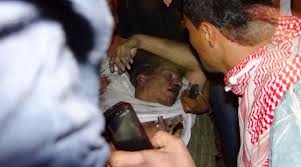 Just Like Qaddafi
Raped And Murdered And Raped Again

As for the homosexual Ambassador, it has yet to be made public that he was a practicing homosexual. All evidence points to the possibility of his homosexuality, never married etc.. one of his life long friends is a homosexual in the theater business who now lives in Chicago.

Stevens' roommate from back in the day at UC Berkeley is a gay queer playwright Austin Tichenor, who is co-owner of the Reduced Shakespeare Co., a Chicago-based theater group of tolerant homosexuals. Tichenor had this to say about Stevens"I directed him in musicals at Cal and in a 1980 musical at Piedmont High School, part of Piedmont's Fourth of July celebration" Here is a pro-gay little diddy by the Ambassador's Chicago friend:


In honor of the repeal of “Don’t Ask Don’t Tell”: Rare archival footage of Reed Martin, Dee Ryan, and Austin Tichenor singing ‘Gay!’ from the RSC’s original 1998 production of The Complete Millennium Musical (abridged) at the Pittsburgh Public Theatre.
Hey! If Shakespeare is gay, then so is J. Christopher Stevens the U.S. Ambassador to Libya! 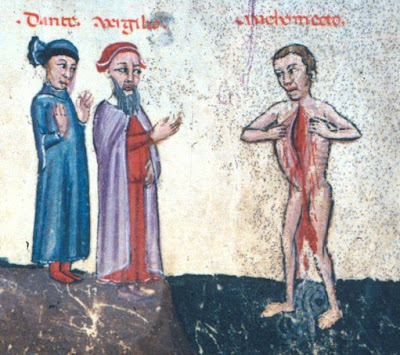 'See how I rend myself, see how mangled is Mohammed!' Inferno xxviii
Dante & Virgil Visit Muhammed In The Pit Of Hell
Unknown 1350-1375
Email Post