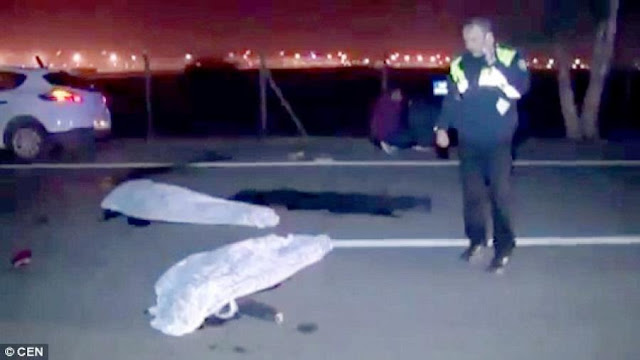 Two teenagers were run over and killed by a truck driver after lying on a dimly lit road outside Antayla Airport in Turkey, trying to photograph the planes flying overhead. They were among a group of five young men who rented a car and drove from Alanya to Antayla, an 83-mile stretch along the Mediterranean coast. Çağlar Savaşçı, 19, and Muhammet Bozkurt, 17, were killed when a 27-year-old truck driver failed to spot the teenagers and ran them over. Air Live Net>>>>>>