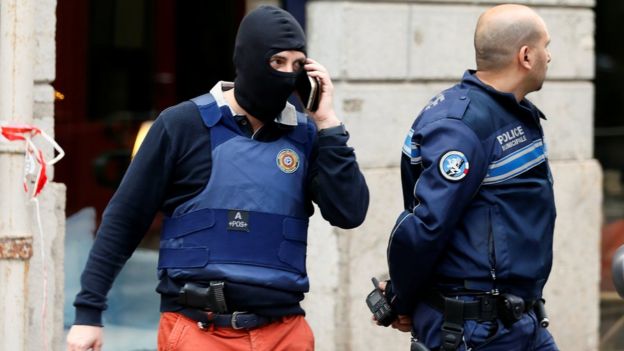 France Lyon: 'Parcel bomb' injures pedestrians A suspected parcel bomb has exploded in the centre of the eastern French city of Lyon, injuring 13 people. Those hurt in the explosion on Victor-Hugo Street, including a girl aged eight, appear to have suffered superficial injuries. Police are hunting a cyclist who was seen leaving the parcel outside a bakery on a street corner, reports say. Anti-terrorist prosecutors have taken over the investigation in the country's third-biggest city. French Interior Minister Christophe Castaner said he had ordered security to be boosted in public places and at major events. The device, which was reportedly full of screws, nuts and bolts, exploded around 17:30 (15:30 GMT) on the street in the historic city centre, between the Saone and Rhone rivers. Reports say a man aged between 30 and 35 arrived on a bicycle and left the bag. He is said to have been wearing a face mask and dark glasses. Source
Email Post