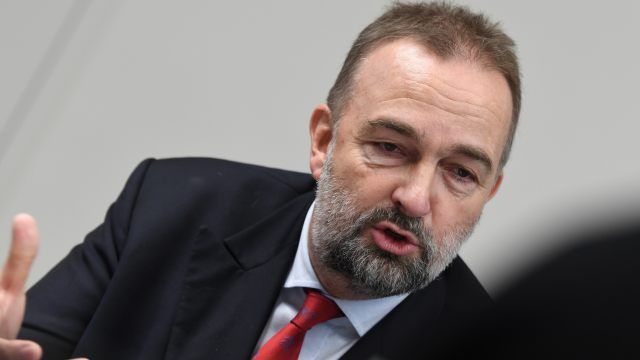 Karl Habsburg, the grandson of the last emperor, is infected with the corona virus according to media reports and is in quarantine in Lower Austria.

Since Thursday he has been in quarantine in his house in Lower Austria, as Habsburg told the "Kleine Zeitung" on a telephone call Tuesday morning. "It's annoying, but I'm fine. It's not the black plague."

He had flu-like symptoms over a week ago. "I thought it was the usual flu. When a friend called me that he had a positive test at a congress in Switzerland, I was also tested." He had been in strict quarantine since Thursday and had no direct contact with his family members.

Praise to the Austrian authorities

"I have to expressly praise the Austrian authorities because they act with measure and aim. Panic is not brought in." How long he stays in quarantine depends on the course of the disease and further tests. Source


“We are all guilty! Penance is not done, and sin increases daily. Those who should come forward to do good are retained by fear. Evil is great. A moderate punishment serves only to irritate the spirits, because they view all things with human eyes. God could work a miracle to convert and change the aspect of the earth without chastisement. God will work a miracle; it will be a stroke of His mercy; but after the wicked shall have inebriated themselves with blood, the scourge shall arrive Mélanie