First Summer 2020 Explosion: Large Blast Near Military Base Outside Tehran! 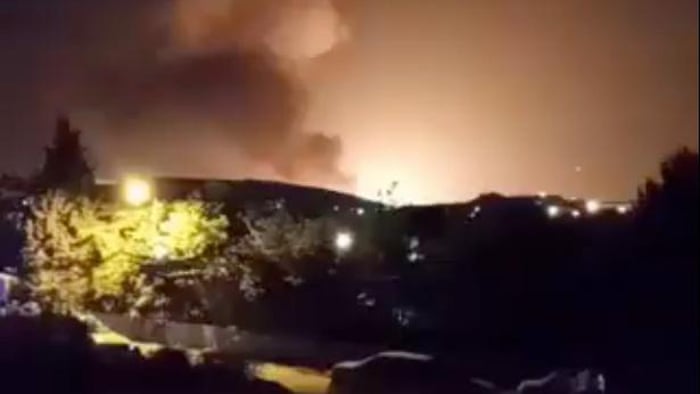 An industrial gas tank exploded overnight in Tehran, Iran’s defence ministry has said, after images of the blast were widely shared on social media. “A gas tank exploded in the Parchin public area. Thank God there were no casualties,” said a ministry spokesman, Brig Gen Davoud Abdi. Firefighters brought the blaze under control and investigations were under way to determine the cause, he told state television. Iran’s Fars news agency said “a number of social media users reported seeing an orange light” in the east of the Iranian capital after the tank blew up at around midnight. It said that according to “videos sent by readers, this light was seen for a few seconds.” Citing an “informed source”, it said the site of the incident was not related to the military. Fars is close to ultra-conservatives in Iran. Parchin is home to a sprawling military base where Iranian technicians were alleged to have tested high explosive components for a nuclear warhead in the early 2000s, a claim Iran has denied. Source