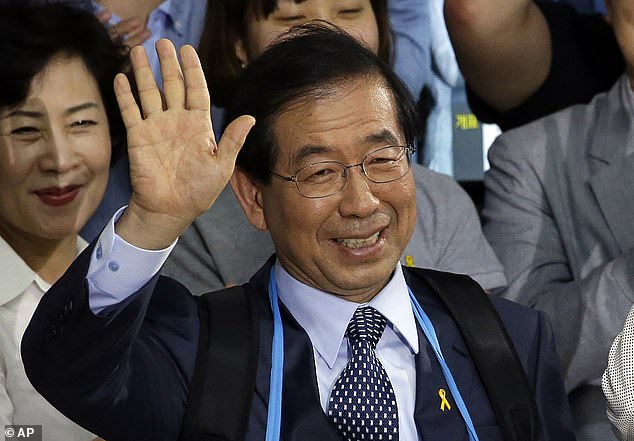 Seoul (CNN)Police in the South Korean capital Seoul launched a massive search operation Thursday after the city's mayor was reported missing. Park Won-soon was reported missing by his daughter at around 5 p.m. Thursday (4 a.m. ET). Park's last cell phone signal was detected in the Seoul neighborhood of Seongbuk-gu, very close to his official residence in Jongno-gu, according to a police official with knowledge of the case. Search teams were scouring Waryong Park, where the mayor was recorded on CCTV footage at 10:53 a.m., along with several other locations in the city, police said. Nearly 600 police officers and firefighters, along with three rescue dogs, were deployed to search for the mayor, police said in a briefing on Thursday night. Source
Email Post