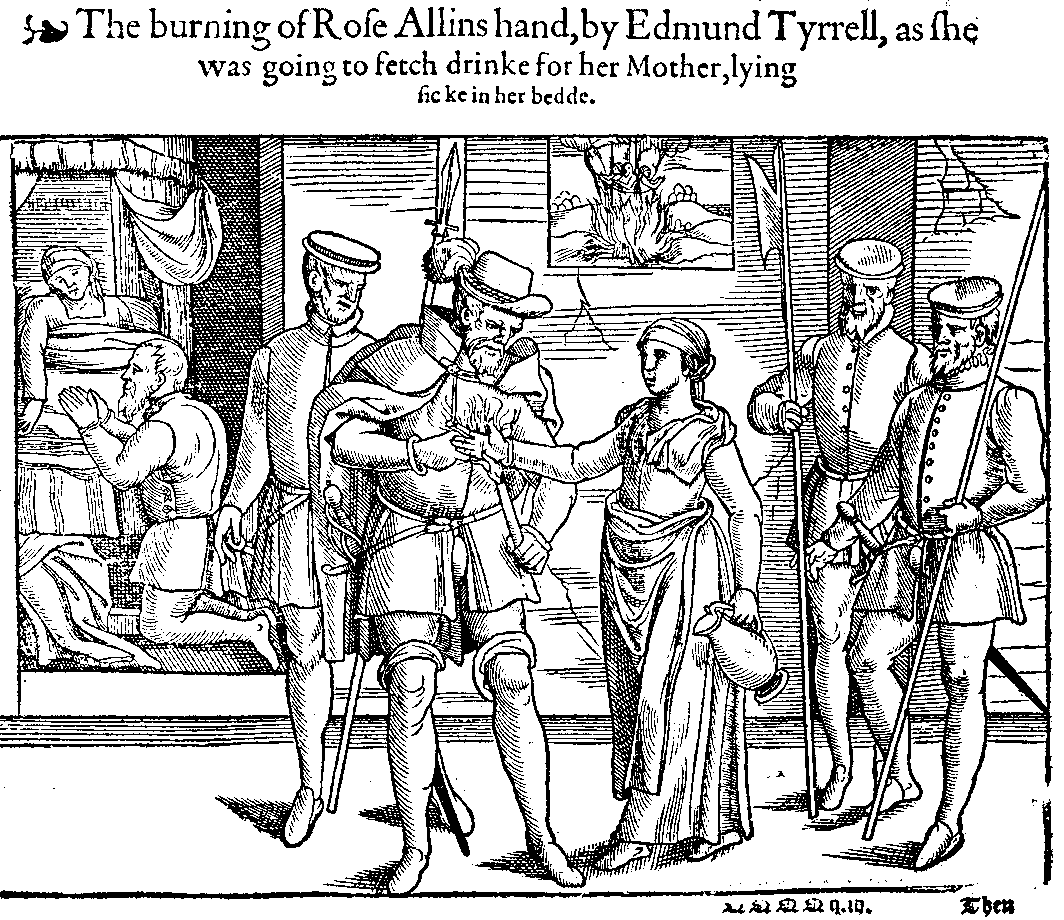 C.R. Augustini Episcopi & Confessors Eccl. Dotoris. duplex. This was that famous Doctor of the Church, who of an heretic of the Manichies sect,was converted and made a good Catholic by St. Ambrose B. of Milliane, and after was the overthrow of all heretics of his time and before, which his admirable works do testify. See Possidon. in his life and many others.

Rose Allen maid mart. This was daughter to the foresaid Alice Munt of the age of 20 years, as Fox affirmith, but of such a spiteful heretical spirit, as is incredible in a wench of those years: see her arrogant and contumelious speeches cap.12.num. 32.

Rose Allen maid (saith he) of the age of 20 years being examined of auricular confession, going to the Church, hearing mass, seven Sacraments @c. she answered stoutly, that they stunk in the face of God, and that she durst not have to do with them for her life, neither was she any member of theirs, for that they were the members of Antichrist, &c.

Fox writes "This was her first answer, wherein you see more pride and insolence then in any of the rest. But being asked further (saith he) what she could say of the Sea of Rome, and Bishops thereof? she answered boldly, that (she was none of his. And as for his Sea (quoth she) it is for crows, kites, owls and ravens to swim in, such as you be; for by the grace of God I will not swim in that Sea while I live, neither will I have any thing to do therewith."

Thus answered this wise girl, not understanding what the Sea of Rome was, or meant, but thinking it had been a sea of water to swim in: and yet notwithstanding would she needs die, for defense of her knowledge and fancy therein, and in other points of Religion. And Fox talking of her condemnation, saith: "Then read they the sentence of condemnation, and thus these poor condemned lambs were delivered over to the hands of the secular power." So he.

But let any man consider whether these kind of answers were of lambs, or rather of wolves, Foxes, Tigers, proceeding from an enraged mind with fury of heresy, against their mother Church.