The CIA official who led the hunt for Osama Bin Laden is being removed from his post, it has been revealed.

The head of the agency's Counter­terrorism Center, who also directed drone campaigns which killed thousands, has been in the position for nine years and is described as a 'true hero'.

His move is part of a major restructuring under CIA director John Brennan, and ends a tenure which has seen the center become a paramilitary unit, The Washington Post reported. The official, who has not been fully named by the paper as he is still undercover, is a convert to Islam and is believed to be in his 50s.

Known by his agency identity Roger, he presided over a campaign of espionage and armed drone strikes that have killed both terrorists and civilians.

Many of Al Qaeda's most influential leaders have been slain under his leadership, but the main threat has since shifted to ISIS.

In a Post profile written in 2012, he was described as chain-smoker and 'not at all a team player' by colleagues.

He was also the basis for the character 'The Wolf' in the film Zero Dark Thirty and is said to have spent hours on the treadmill reading terrorism reports.

But agency spokesman Dean Boyd paid tribute to the senior official as news of his departure surfaced. Source 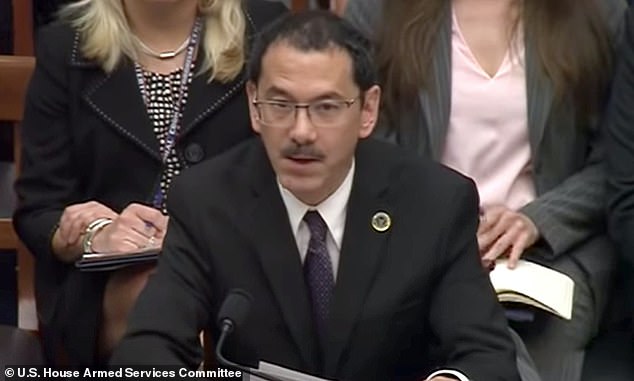 Again what did you expect?

How did you think this was going to end?

REVEALED: One of the highest ranking US spies shot himself dead while his new wife tried to get away from him - and haul of bondage and S&M gear along with 24 guns and thousands of rounds of ammunition were found at his home

A high-ranking U.S. intelligence official who died in June killed himself in his own front yard in front of his terrified new wife, it has been revealed.

Anthony Ming Schinella, 52, died on June 14 in Arlington, Virginia, but his death had not been widely reported until this week, when The Intercept revealed a medical examiner’s report listed his cause of death as suicide from a gunshot wound to the head.

Schinella was just weeks away from retirement as National Intelligence Officer for Military Issues following a long CIA career, and had newly married wife Sara Cocoran, a journalist, a few weeks prior to his death.

Corcoran said that she was in her car in the driveway of their home, trying to get away from Schinella, when she witnessed his suicide, according to The Intercept.

The widow did not reveal further details about the events leading up to Schinella's death.

Corcoran said that after Schinella's death, she discovered a large collection of bondage and S&M gear that had been hidden in his house. She also discovered 24 guns and thousands of rounds of ammunition.

Corcoran said that the CIA has completed an investigation into Schinella’s death, but that the agency didn’t provide her with any details.

Schinella was the highest-ranking military affairs analyst in the U.S. intelligence community, and was also a member of the powerful National Intelligence Council.

He was an expert on the Taliban's military capabilities, and his death came shortly before the New York Times reported on June 26 that Russia paid bounties to the Taliban to kill American soldiers in Afghanistan. Source

Good news is that Michael is still alive smoking cigars....