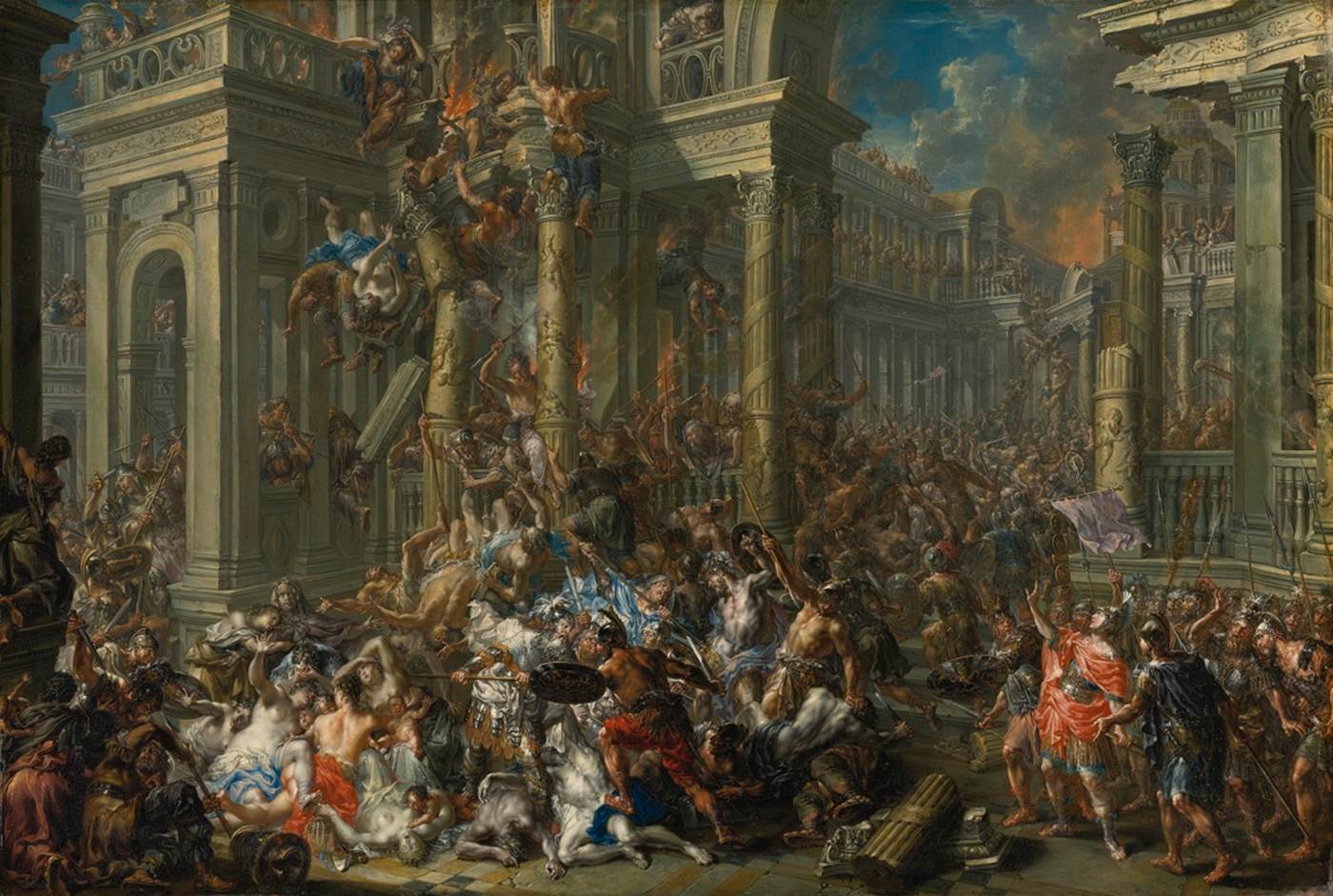 PLATZER, Johann Georg
Destruction by Titus of the Temple of Herod in Jerusalem

The cause hereof Christ doth not here express in words but by way of a fact, and example, signifying covertly as much, that it may stick in our memory better then words, & make a firmer impression in our mind; which Christ out of his Fatherly goodness, did us oftentimes, and especially in matters which concern us much, where of this is one.


The fact is this: Christ coming to Jerusalem went into the Temple first, to give us an example that when we travel abroad,and come to Towns and Cities, first to visit the Church, the house of prayers, if we can conveniently do it: and he being in the Temple seeing there people buying & selling, he drove them out of the Temple & said, My house is the house of prayer, but you have made it a den of thieves, because they rob God and his temple, of that honor due unto them; & because buyers and sellers oftentimes are little better then thieves, dealing unjustly,and fraudulently with one another, which is a kind of theft, and in this worse then theft, because thieves think they do ill, and therefore have remorse and sorrow for it, at least when it is past, but the other think it is good purchase, & never repent them of it, unless it be that they have deceived no more.


Another Evangelist relateth this same fact more at large, and sayth, That Christ overthrew the Tables of the money changers, and made a whip of cords,and whipped them, and the buyers and sellers out of the Temple; and this he did as it were in great anger and fury as it might seem to the people,in so much that he was fain to make his Apology, and excuse himself saying to the people, have you not heard that it is written, The zeal of thy house, O Lord, hath eaten me, meaning that, that place of Scripture was spoken of this fact of his, and that he did it out of zeal: by which fact was signified how much the abuse of his temple displeased God, it being the house of prayer, for obtaining pardon of our former sins, and not to come thither to add more unto them.