Three people have died including a train driver after a ScotRail passenger service derailed and crashed down an embankment near Aberdeen in an area hit by major flooding today. A fourth person is feared missing and a further six have been taken to hospital after the train came off the tracks on the line at 9.40am today at Carmont, near Stonehaven in Aberdeenshire - with 30 emergency vehicles and an air ambulance sent to the scene. The Class 43 Inter7City train is said to have had six crew members and six passengers on board what was the 6.38am departure from Aberdeen to Glasgow Queen Street, which called at Stonehaven at 6.53am. The train is believed to have stopped south of Carmont having seen a landslip. It is then believed to have returned north, initially on the southbound line, before crossing over to the northbound line at Carmont - and then hit a second landslip and derailed. It comes after severe flooding in the area overnight which led to flash flooding in Aberdeen and widespread disruption across ScotRail following thunderstorms. Source 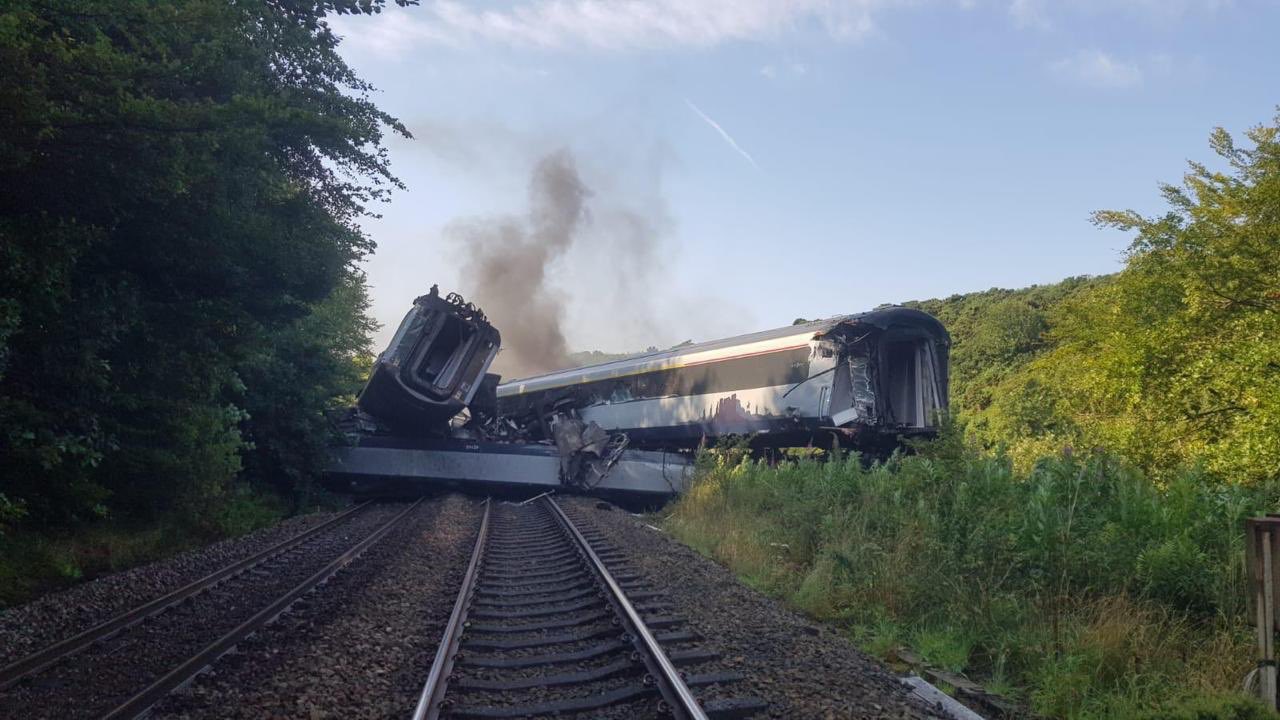