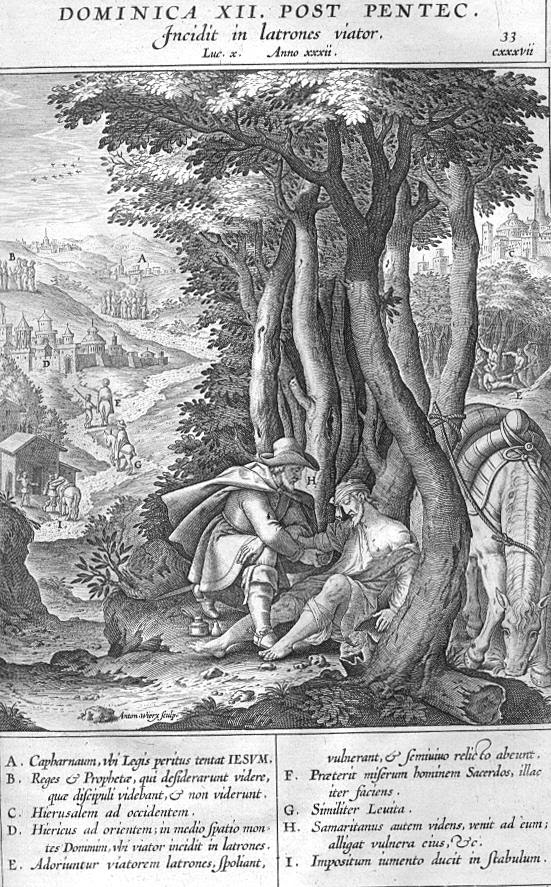 For as much as the love of God is the fulfilling of the Law and Prophets, and maketh all easy; we will continue our discourse of the love of God in this Meditation, namely, by what considerations we may move ourselves thereunto.

When the people of the Jews had offended God so Grievously, as to make to themselves a golden calf; and adored it for their God that brought them out of Captivity of Egypt, Moses commanded the sons of Levi, that they should take swords, and kill them.

They out of the zeal and love of God, killed every Mothers son, not sparing friend, neighbor, brethren, kindred, no nor their own parents, to the number of twenty three thousand men, and Moses commended them for it, saying unto them: you have consecrated hands this day to God, every one in the blood of his own child, brother & c. that God may give you a blessing for it.

And we read in the book of the Maccabees, that the people of God being assaulted by their enemies upon their Sabaoth day, they out of zeal and love of God, not to break the Sabaoth ( though an erroneous zeal) suffered themselves to be slain, rather then fight, in their own defense, upon that day.

Thus far did the peoples love towards God extend, preferring it before all other loves, even of their own wives, children, and parents, in regard only that God had created them of nothing, and all things else not only for their necessary use and sustentation, but for their pleasure and delectation, which cost him no more but this little word (fiat) that is to say: Let it be done.

Now, if their love were so great for these benefits, what should ours be for ours; who besides these, are redeemed with the painful passion and precious blood of Christ the son of God.

In heaven he giveth, himself unto us by way of reward, our felicity consisting in the vision and fruition of him, that so he might be ours; he accounteth whatsoever we do unto one of our needy brethren, for his sake, to be done unto him, that so he may be ours.

Here God calleth himself in express terms ours, saying unto every one of us: Thou shalt love thy lord God, that is to say, the Lord God who is thine.

If we should not love ourselves, it were a very unnatural thing; and if we should be so unnatural as that, it were a great shame & reproach unto him: Even so it would be a great shame & reproach unto us, that there should need a law to command us to love God with all our heart, with all our soul, that hath heaped so many, and so great benefits upon us, and is wholly ours, nay more ours then ourselves; For in him, sayth St. Paul, we live, move, and be.

The reason, that God commanded us to love him, is only to increase our merit, by doing it under obedience, which otherwise we could not but do.