Abp. Carlo Maria Viganò VERSUS Our Lady Of La Salette On American Democracy 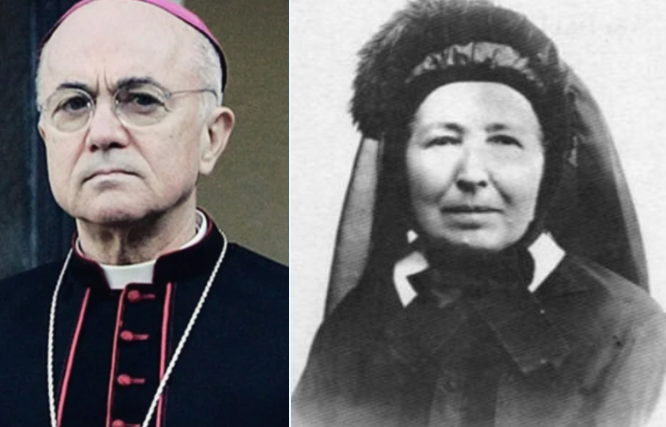 “The presidential elections in November represent an epochal challenge, a biblical challenge, the outcome of which will be decisive not only for the United States of America but for the whole world. It is necessary that all of you Catholics of America are well aware of the role that Providence has deigned to entrust to your President, and that you are aware of the extraordinary battle that He is preparing to fight against the demonic forces of the deep state and against the New World Order. I am at your side with fervent prayer, together with millions of Catholics and with all people of good will throughout the world.” Abp. Carlo Maria Viganò, 23 September 2020

“All the civil governments will have one and the same plan, which will be to abolish and do away with every religious principal to make way for materialism, atheism, spiritualism and vice of all kinds.  Our Lady of La Salette 19 Sept. 1846 (Published by Mélanie 1879)

In the end who do you think will prevail?

The Mother of God