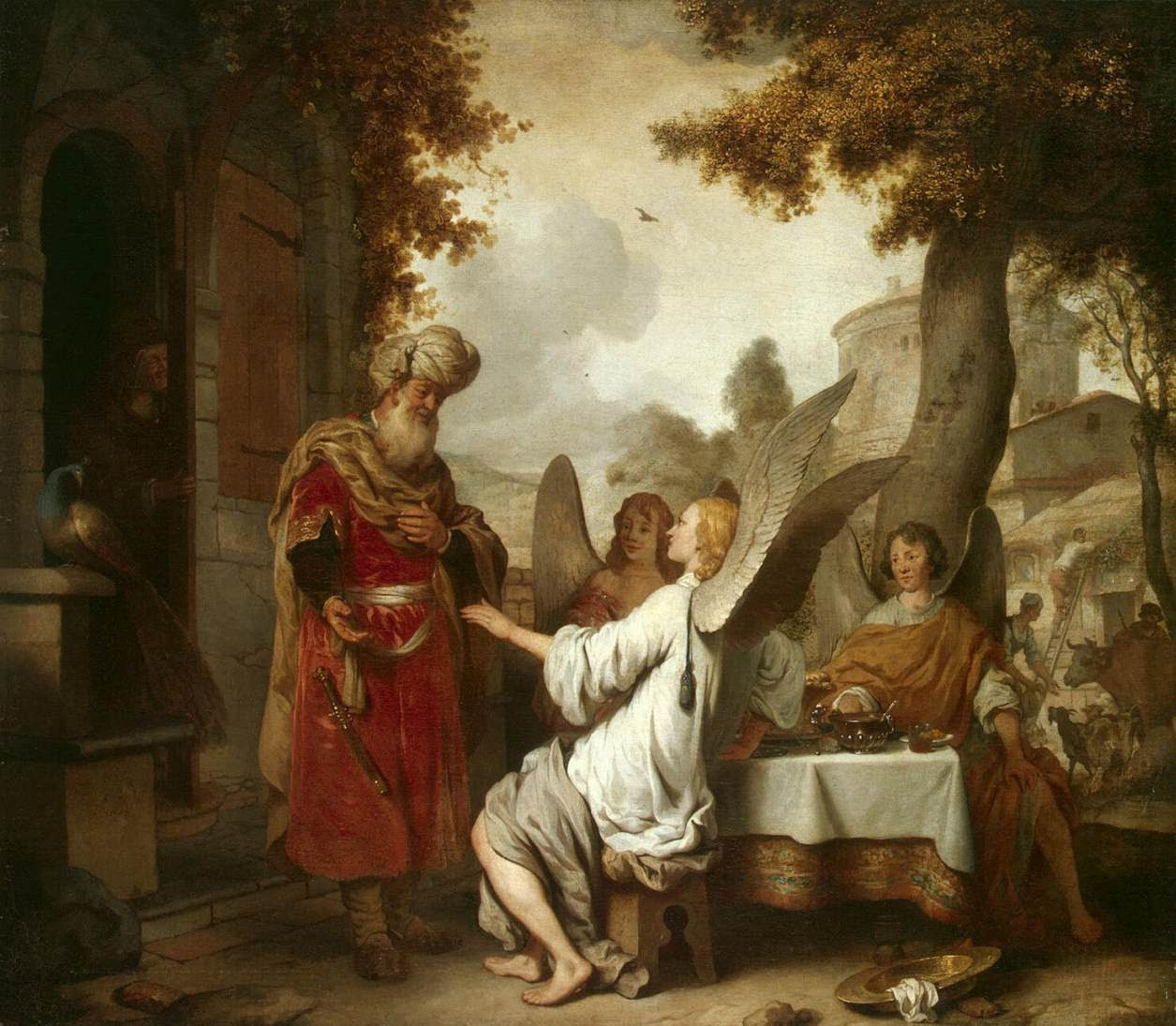 Jesus went not to the City Naim by chance, but of purpose, knowing all things (as he was God) to comfort this sorrowful widow.

Worldly men use not to shun, but to hunt after all opportunities far and nigh, by sea, and land, night and day, to benefit themselves i worldly commodities: much more ought we so to do, in the works of mercy, & other spiritual commodities, knowing  the certain reward thereof, That what we sow in this world, we shall be sure to reap in the next, so much better then we sow, by how much better the soul is then the body: & oftentimes we are also bountifully rewarded here, a hundred fold in this world, and life everlasting.

This made Abraham to go forth out of his house, at dinner time, in all the heat of the day, to meet with poor weary travelers and pilgrims, & invite them, not slightly, but rather compel them to his house to eat and drink,and refresh themselves, and instead of men he met once with Angels in the shape of men,and brought them into his house, and for this he was rewarded,with being made A Father of a Son, being destitute of issue, and past human hope, by reason of old age: he was made A Father, I say, of a Son, & such a son, in whom all generations were blessed, of whose offspring came Christ Jesus,the Messias and Saviour of the world.

Of this virtue of Hospitality St. Paul sayth thus: Brethren, let the charity of fraternity remain in you, and forget not hospitality, for by this,divers have instead of men, received Angels, as we may gather out of these words of Christ, He that receives a Prophet in the name of a Prophet, shall receive the reward of a Prophet: and he that receives a just  man, in the name of a just man, shall receive the reward of a just man: and he that giveth but a cup of cold water to the least of the poor,shall not lose his reward, which benediction and reward we shall also receive, if we receive and relieve the poor for Christ his sake, of whom Christ sayth, what ye do unto such,ye do unto me.

Thus much of hospitality and relieving the poor, one of the works of mercy, by reason of Christ his not reliving,but reviving this young man,which is more,& comforting his sorrowful Mother.