Pope Francis Prays For People In The Maritime World As A Cargo Ship Gulf Livestock-1, Carrying 43 Crew And Six Thousand Head Of Cattle Sinks Off Japan.. 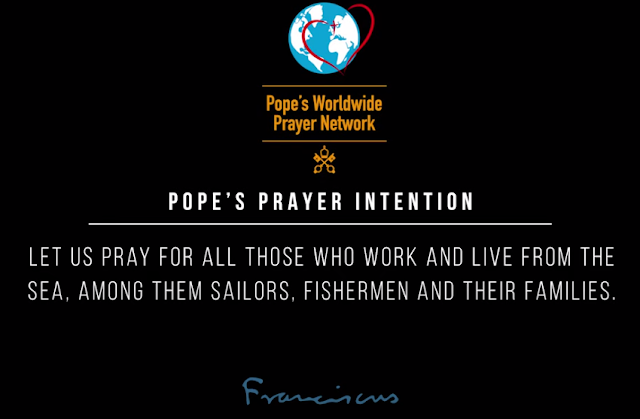 Closing out the Pope's prayer intention for August a ship sinks off the coast of Japan.

In his prayer intention for this month of August, Pope Francis urges prayers for seafarers and those working in the maritime world.

Pope Francis on Tuesday released a video message containing his prayer intention for the month of August. He invites prayers for those “who work and live from the sea, among them sailors, fishermen and their families”.

The Pope’s Worldwide Prayer Network, formerly known as the Apostleship of Prayer, organises and disseminates “The Pope Video”. The network is a pontifical initiative, whose mission is to pray and encounter the challenges facing humanity and the mission of the Church that concern the Holy Father, expressed in his monthly intentions.

Without seafarers, we would starve

“The life of sailors or fishermen and their families is very difficult,” Pope Francis notes in the video message in his native Spanish language. “Sometimes they are victims of forced labor or are left behind in distant ports.”

“The competition of industrial fishing and the problem of pollution make their work even more complicated.” However, the Pope admits, “without the people of the sea, many parts of the world would starve”.

“Let us pray for all those who work and live from the sea, among them sailors, fishermen and their families,” the Pope urges. Source

A cargo ship carrying 43 crew members and nearly 6,000 cattle sank off the coast of Japan after reportedly losing an engine in rough seas caused by Typhoon Maysak, a survivor has said. The Filipino crew member, named as Eduardo Sareno, a 45-year-old chief officer, was rescued late on Wednesday after Japanese navy P-3C surveillance aircraft spotted him wearing a life vest and waving while bobbing in the water. Sareno, who was in good health, told rescuers the ship capsized before sinking, according to Yuichiro Higashi, a spokesman for the Japanese coastguard’s regional headquarters which is conducting the search for survivors with 4 patrol boats, two aeroplanes and divers. The Panamanian-registered vessel, Gulf Livestock 1, sent the distress call early on Wednesday from the East China Sea, to the west of Amami Ōshima island in south-west Japan, the Japanese public broadcaster NHK reported. Source 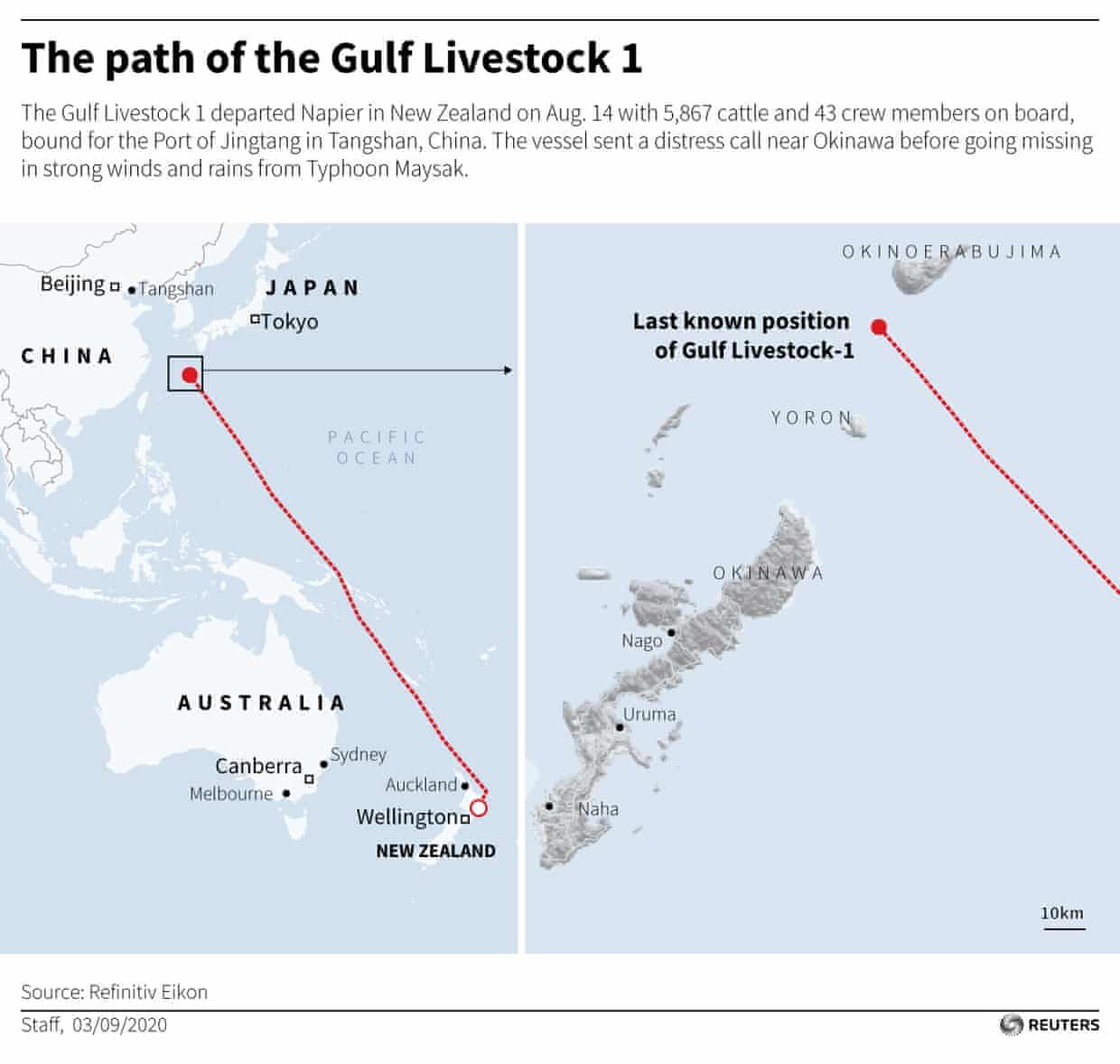