Meditation Of The Virgin Maries Nativity 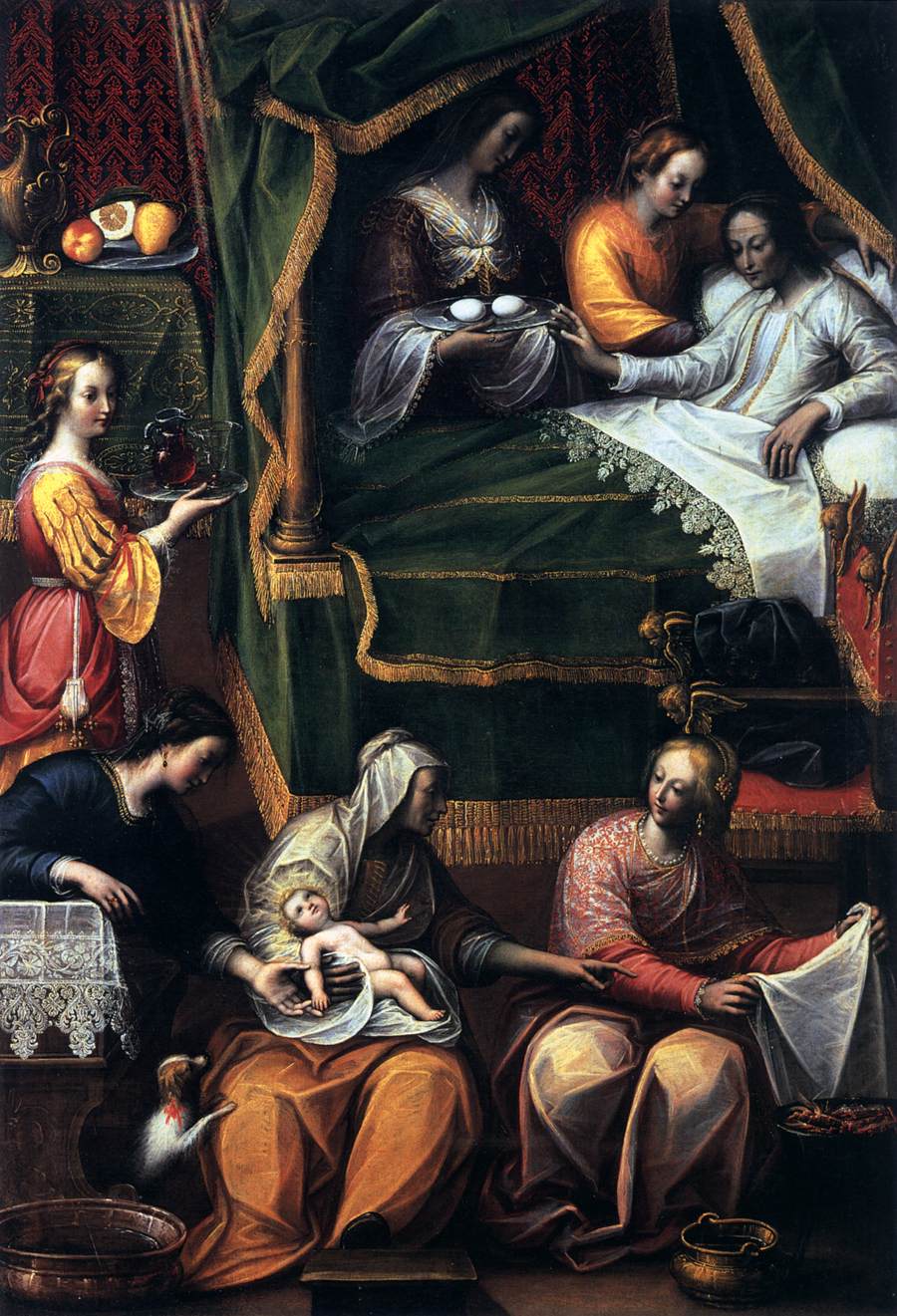 CACCIA, Orsola Maddalena
Birth of the Virgin
c. 1635
Meditation Of The Virgin Maries Nativity
Epiphanius and Germanus, Patriachs of Constantinople, do record, that the Virgin Maries parents retiring themselves, Joachim into a mountain of the desert, where he fasted forty days, and Anne into a garden of hers, there to pray to God, that he would Vouchsafe to deliver them from the ignominy of barrenness; an Angel revealed to Joachim that he should have a child, & that Anne had now conceived. And so when Herod the Idumean reigned in Jewrie, who by force and unjust dealing took the royal scepter from the tribe of Juda, and was the first foreign king of the Jews, in which time according to the prophecy of Jacob, the Messias was to come, even then the virgin Marie was born: to wit three thousand, nine hundred, forty and seven years, after the creation of the world, the eighth day of September, and this not without mystery: for that in the same month, as the Jewish tradition doth make mention, Eve was created by God in the terrestrial paradise. Theophilactus and Euthiminius do write, that Marie was the only daughter of Anne, who never had any other husband than Joachim: neither had one or the other, any more children than Marie. So that when Saint John doth call Marie of Cleophas, sister of our Mary the Virgin, it is to be understood, that she was her kinswoman like Sara said she was Abraham's sister, that is allied to him.
Points for Meditation
1. Consider the joy the virgin Marie brought to her parents, by her nativity, who, as we may think, did with great devotion offer her up to God, as soon as she was born.
2. contemplate how this celestial and heavenly dawning, with her birth giving joy to heaven and earth, doth end the obscure night of damnation, & begin the happy day of salvation.
3. Behold how Marie is that house, in which the king of eternal glory was to repose, build by God for his own use: who wanting neither wisdom to dispose the same in the best manner, nor power to adorne it, we ought to believe that she had all perfection possible.
Documents
1. If thou acknowledge whatsoever good thou hast to come from God; besides that the same shall be always blessed, and more perfected in thee by him, thou shalt also receive much more.
2. If thou through sin shalt become blind, or through passion feeble in the eyes of thy understanding thou shalt not enjoy the dawning, and much less the sun; that is to say, thou shalt be deprived of the virgin Maries favor, & of the grace of Christ her son.
3. Thou maist also be the reposing place of God, if yet neither sin, nor vanity of the world do dwell in thee, which both be odious to him.
Fr. Lucas Pinelli 1624
Email Post