MAURICEVILLE, Texas — A train derailment in Mauriceville Thursday morning forced the evacuation of two school campuses and residents within a mile radius of the accident after five rail cars were found to be leaking.  A Kansas City Southern train derailed at about 7:30 a.m. along FM 1130 in Mauriceville according to a news release from the Orange County Office of Emergency Management.  The derailment involved 25 rail cars, including 15 loaded cars and 10 empty ones, the release said.  Five tank cars were breached with four leaking a petroleum product that “that did not represent a risk to the general population” according to the release.  The fifth leaking tank car was carrying a “corrosive product that is being contained.”  Derailed cars were visible in the area tipped over along the track as well as on top of each other. Source 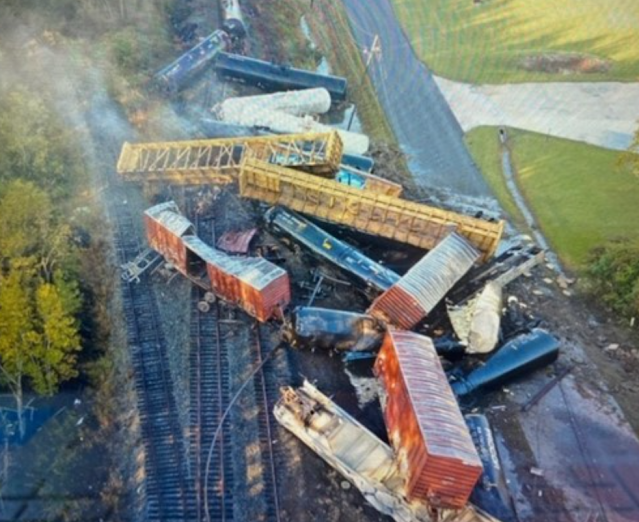 Bus carrying passengers crashes off highway embankment, injuring 13 in northwestern China
A bus carrying 30 passengers crashed off a highway embankment, injuring 13 in northwestern China.  The CCTV video, filmed in Huan County in Gansu Province on October 28, shows a bus suddenly falling from a highway and then several passengers climbing out from the windows.  After firefighters and police officers arrived, they rescued injured passengers.  Three people had serious injuries and ten suffered minor injuries. No casualties were reported.  The case is being investigated and the video was provided by local media with permission. Source