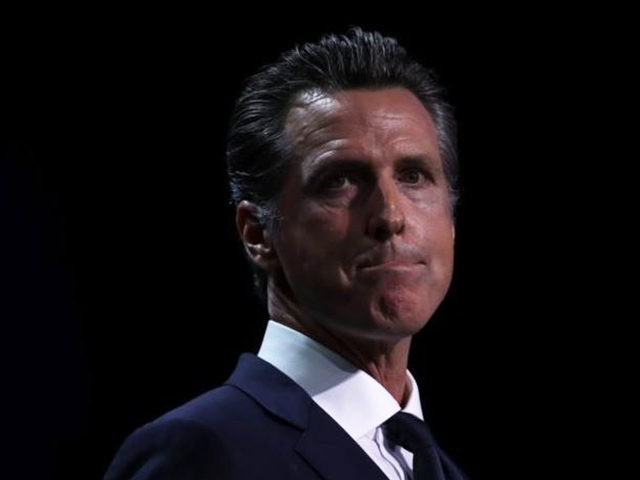 Gavin Newsom
Democratic Governor of California
Who made this penal law against Roman Catholics:
3. Whatsoever Ecclesiastical person shall not make public detestation of the Roman Religion, and openly abjure the authority and jurisdiction of the bishop of Rome shall forfeit all his benefices and all his dignities ecclesiastical whatsoever..
1. Nazis
2. Democratic Governors
3. English Protestants
4. Antichrist
5. Pope Francis
Answer: English Protestants.
Read about SSPX Priest suing Democratic Governor of California  Gavin Newsom over Church shutdowns
Priest Sues California Gov. Gavin Newsom over Church Shutdowns
A Catholic priest has filed a lawsuit against California Gov. Gavin Newsom (D) claiming the governor’s “state of emergency,” seven-month-long pandemic shutdown violates his constitutional rights.
The Thomas More Society filed the lawsuit September 29 in Superior Court in the Metro Division of Kern County on behalf of Rev. Trevor Burfitt, who is claiming eight distinct violations of his rights under the California Constitution.
Besides Newsom, the lawsuit names as defendants Attorney General Xavier Becerra, California Department of Public Health Director Sandra Shewry, and other state, county, and municipal officials.
According to the lawsuit, Burfitt is a non-diocesan priest who belongs to an international society of priests and oversees mission churches with Catholic congregations in Kern, San Bernardino, San Diego, and Los Angeles Counties.
Burfitt argues his work has been severely restricted during Newsom’s lockdown of California.
The lawsuit claims Burfitt’s ministry has been affected by the total ban on indoor worship, the occupancy restriction on houses of worship, which has not been equally applied to other “essential” businesses, and the imposition of social distancing and mask requirements that impede worship.
The lawsuit also states:

Newsom’s lockdown was originally supposed to be only a temporary emergency measure. However, nearly seven months later it appears that, absent judicial intervention, there will never be a “reopening” to normal, pre-[coronavirus] activity, despite incontestable facts — including California’s own data … showing that the lockdown is no longer warranted and is causing far more harm than good.
The suit asserts three propositions:
1. “A public health ‘emergency’ cannot be whatever the Governor says is an emergency, nor end only when he says so.”
2. The state’s Constitution does not give free rein to the Governor “to impose any ‘emergency’ restriction of fundamental rights he deems appropriate.”
3. “There cannot be absolute judicial deference to the exercise of a Governor’s purported ‘emergency’ powers.” “It is now beyond reasonable dispute that, absent judicial intervention, Governor Newsom intends to continue indefinitely a massive and baseless suspension of the constitutional rights of Father Burfitt and nearly 40 million other residents of the state of California,” Thomas More Society special counsel Paul Jonna observed in a press statement.
Jonna added Newsom “continues to levy strict limits or outright prohibitions on public and private worship activities, which continue to be designated as ‘nonessential,’ while liquor stores, marijuana dispensaries, and the Hollywood movie industry are allowed to operate unhindered.”  Source
Email Post