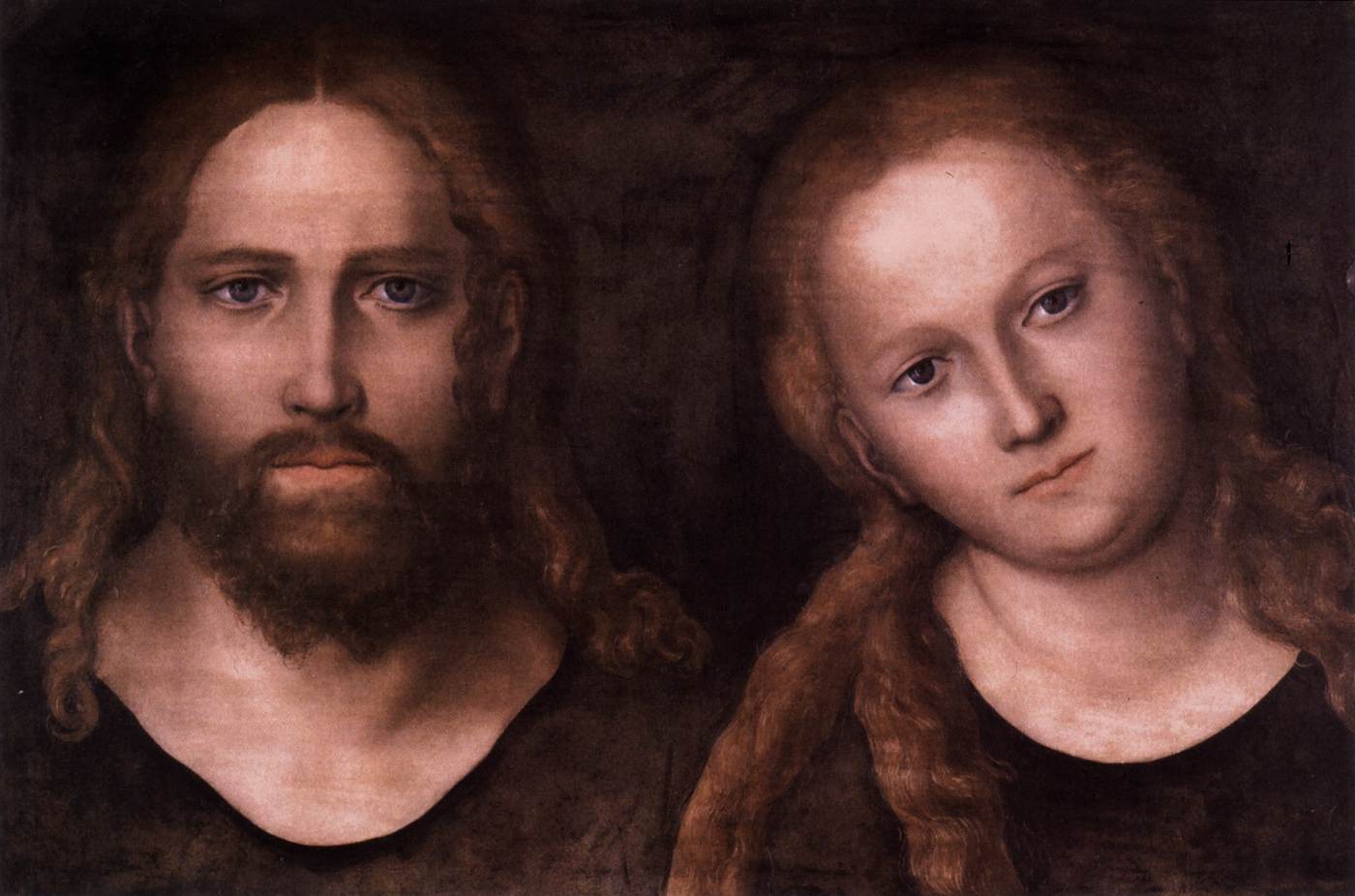 CRANACH, Lucas the Elder
Christ and the Virgin Mary (or Mary Magdalen)
1515-20
Here first of all beare in mind the obedience of the three kings, who immediately after the sight of the star, forsake their kingdom, their riches, and countries, & took their way to foreign & strange countries, to seek the king that was but lately born, & after they had found him out, they present their gifts, and falling prostrate, they adored him. Even so also have respect to the inward motions, and godly suggestions of the holy ghost, then accomplish diligently that, whereof thou hast inspiration of, and in all points study to refer the whole will of God.