Advent 2020: Catholic Diocese Prays For The Dead And Injured After Muslim Driving Car Plows Into Pedestrians In Trier 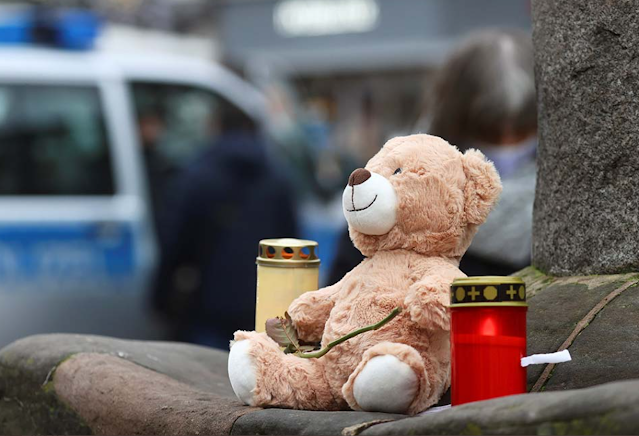 Catholic diocese prays for the dead and injured after car plows into pedestrians in Trier
A Catholic diocese said Tuesday that it was praying for the dead and injured after a car plowed into pedestrians in the city of Trier in southwest Germany. CNA Deutsch, CNA’s German-language news partner, reported that the Diocese of Trier wrote on its Twitter account Dec. 1: “We pray for the victims and all those affected.” Local police announced shortly after 2 p.m. that a car had hit and injured several people in a pedestrian zone in downtown Trier. In a later update, they said that they had arrested a 51-year-old man from the local area and secured a vehicle.Roger Lewentz, interior minister of the federal state of Rhineland-Palatinate, confirmed that four people were killed and 15 injured. Media reported that one of the dead was a baby. The public broadcaster SWR quoted Wolfram Leibe, the mayor of Trier, as saying that he had walked through the city center after the incident “and it was just horrible.” "There is a sneaker lying on the ground, and the girl it belongs to is dead," he said. A Christmas market usually held in the city was canceled this year because of the coronavirus pandemic, but shops were open. In a statement Dec. 1, Bishop Stephan Ackermann of Trier said: “I am deeply shocked by the rampage that happened almost on our doorstep.” Source
Email Post