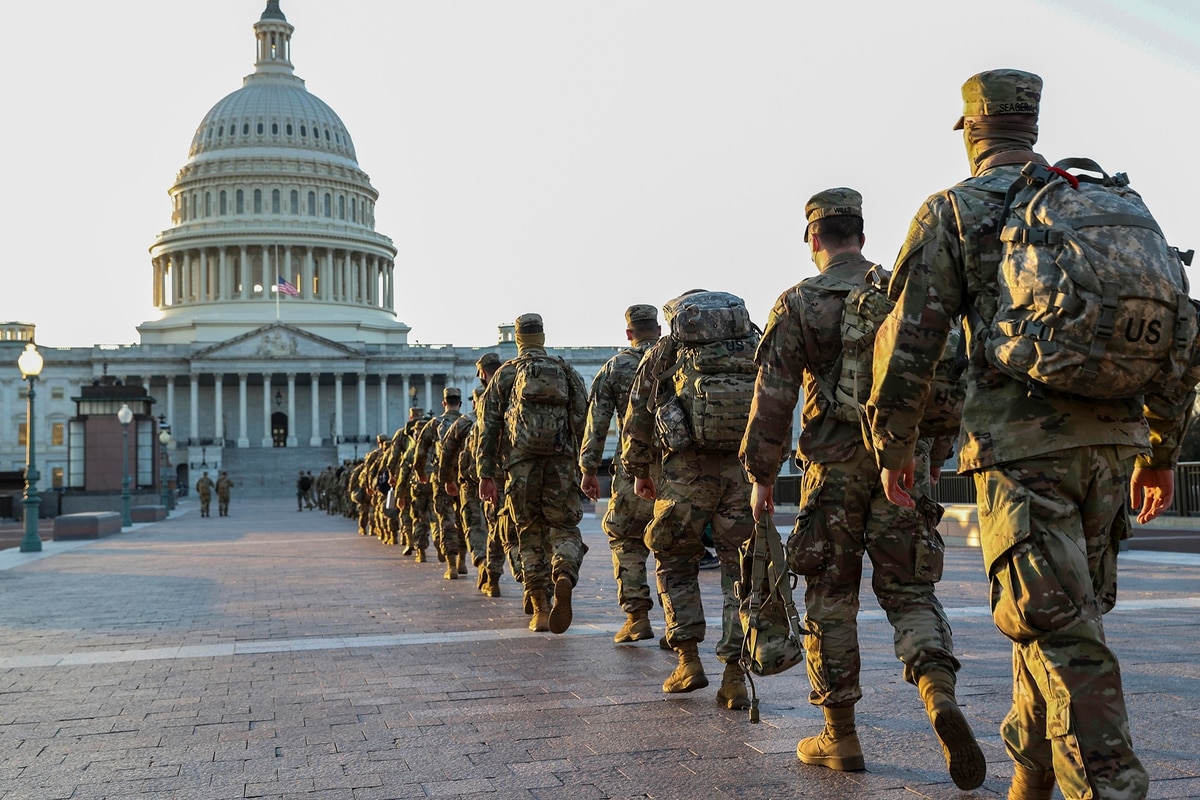 Following up post:
Posted by dxv515 January 13, 2021 WHAT IF? ARMED INSURRECTION ON INAUGURATION BY 20,000 NATIONAL GUARD? DIDN'T SEE THAT COMING........
Well Iguess the National Guard has live rounds....
National Guard at Capitol Authorized to Use Lethal Force in Aftermath of Mob
THE 20,000 NATIONAL Guard troops preparing for pro-Trump demonstrations this weekend in the nation's capital will be armed and permitted to use lethal force, the headquarters overseeing them says, marking a striking escalation in the way authorities there are preparing for repeat violence after last week's deadly mob."On January 12, 2021, National Guardsmen were given authorization to be armed in support of the U.S. Capitol Police to protect the U.S. Capitol and individual members of Congress and their staff," according to a statement from the D.C. National Guard, which is commanding Guard forces in the city, including units deployed from six other states, to provide security for President-elect Joe Biden's inauguration next week. Source
Email Post