Hell to pay: Arson shakes a Church of Satan community
POUGHKEEPSIE, N.Y. (AP) — Members of the Church of Satan are grieving the destruction of a historic “Halloween House” north of New York City that authorities say was set ablaze this week by an unidentified arsonist. The historic home, built in 1900, served as an Addams Family-style hub for local adherents of the religion, the Poughkeepsie Journal reports. One member of the church likened the arson to a terrorist attack. “Everybody’s in shock and everyone in the neighborhood is worried,” the member, who goes by the name Isis Vermouth, told the newspaper. “Whoever did this is going to be hexed by all of us.” “Now there’s going to be hell to pay,” Vermouth added. Surveillance footage shows a man walking up to the house after 5 a.m. Thursday with two gas cans, splashing liquid on the front porch and igniting it, people said. Two people escaped the house unharmed, authorities said. Source 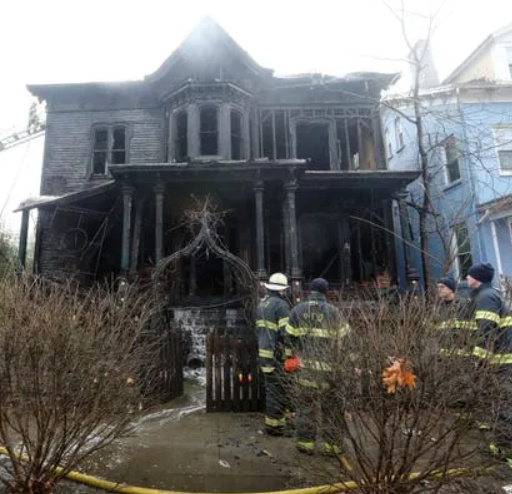