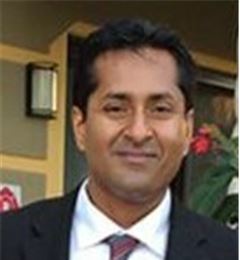 Bharat Narumanchi
What no name yet?
Muslim?
Murder suicide.
Indian or Pakistani
Immigrant
Armed doctor is dead 'after killing female pediatrician hostage' during six hour SWAT team stand-off at Texas children's clinic as negotiators pleaded with him to let her live
A male doctor and female pediatrician are both dead after he took her and a group of others hostage at a Texas children's hospital on Tuesday night. Police have not yet named either of the doctors, nor have they said how either died but it's understood they have confirmed the male doctor took a gun with him to the Children's Medical Group on Tuesday afternoon. Once inside, he held the female pediatrician hostage for six hours before police sent a SWAT robot inside after failed negotiations. The robot found both of the bodies inside. No one else was hurt. Hostage negotiators were heard pleading with him over a bullhorn not to harm anyone, telling him that he was a good person who had devoted his life to helping people. Source
Email Post