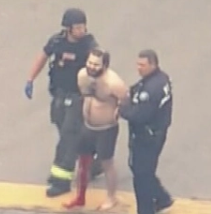 Biden Border Crisis
Probably crossed the Mexican Border.
Why half naked?
Did the police rip off his Muslim garb? Is that why the shooter is half naked?
To be fair the police had to rip off his Muslim garments to make sure he was  not hiding any more weapons under his Muslin garments.
Police hold Press Conference THREE hours after shooting and they have no information for the Press...
The Police hold a second press conference and say nothing.
Two Press conferences and nothing is said.
Probably confirms that the shooter is a Muslim 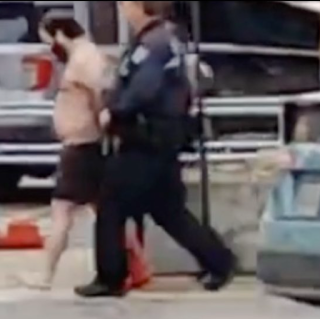 Boulder gunman shoots up grocery store and 'kills at least six including a cop': Footage captures handcuffed man covered in blood and injured shoppers screaming in agony on the ground
Local reports say that six people are believed to have been killed by a shooter at a Colorado grocery store as video captured multiple people lying wounded inside and outside the supermarket. While police have not confirmed any deaths, Boulder authorities said in a tweet that the incident unfolded just before 3pm local time at a King Soopers grocery store. 'ALERT: Active Shooter at the King Soopers on Table Mesa. AVOID THE AREA. PIO is en-route,' officers from the Boulder Police Department tweeted. The store where the incident is unfolding is located at 3600 Table Mesa Drive. Two police officers were also seen escorting a shirtless man with blood running down his leg out of the grocery store in handcuffs. It has not been confirmed if the man is the suspected gunman. Source 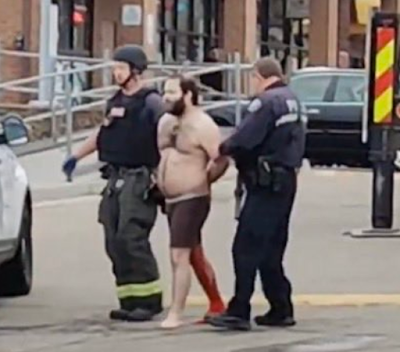 STATMENTS
King Soopers: We are horrified and deeply saddened by the senseless violence that occurred at our King Soopers store located on Table Mesa Drive in Boulder, CO. The entire King Soopers family offers our thoughts, prayers and support to our associates, customers, and the first responders who so bravely responded to this tragic situation.We will continue to cooperate with local law enforcement and our store will remain closed during the police investigation.To protect the integrity of the ongoing investigation, we are referring questions to the Boulder Police Department. Source
EYEWITNESS VIDEO - WATCH ON YOUTUBE