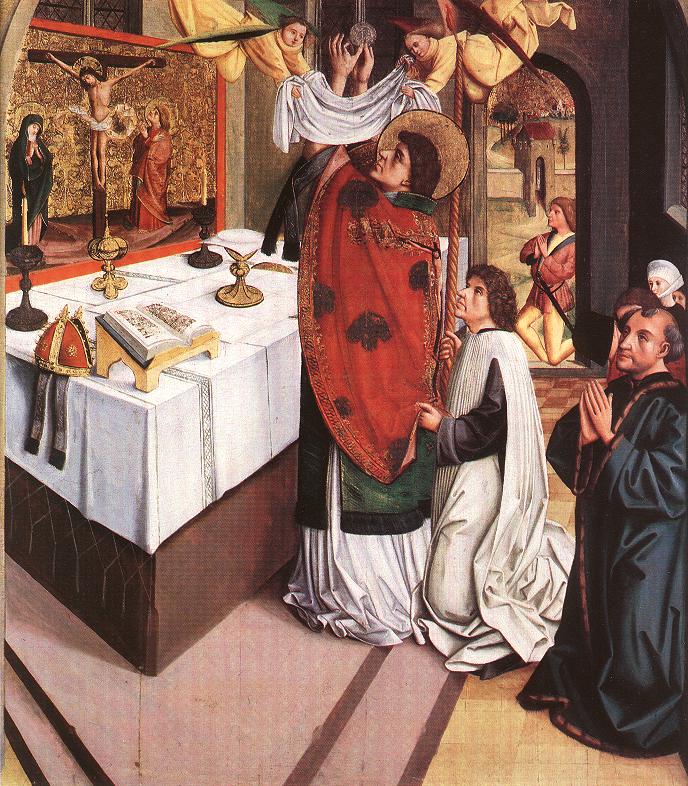 So don't lie to yourself. You know and I know that it is better to attend the Holy Sacrifice of the Mass said by a good and holy priest - said reverently with love and devotion to God.

Stop lying to yourself claiming that there is a reverent Novus ordo mass. There isn't. You know it and I know it.

Here read this from Priest who wrote way before the Novus ordo mass was invented:

WHETHER ALL MASSES ARE OF EQUAL VALUE:
Here it is necessary to distinguish between the victim and the sacrificial act. The victim is the same in all Masses, none other than Jesus Christ Himself, and so far all Masses are equally good, equally precious. With regard to the sacrificial act, the offering of the victim, the more devoutly the priest says the Mass the more acceptable to God is the sacrifice he offers, and the more abundant are the graces it brings down from above, both; upon the priest who celebrates the Mass and the individual for whom he offers it.
We find a confirmation of this in the writings of St Bonaventure, who says: “ All Masses are equally good, as far as Christ is concerned; but as far as the priest is concerned, one may be better than another. Therefore it is more profitable to hear the Mass of a good priest than of an indifferent one." Cardinal Bona also corroborates this opinion: “ The more holy and pleasing to God," he says, “ a priest is the more acceptable are his prayers and oblations; and the greater his devotion the greater the benefit derived from his Mass. For just as other good works performed by a pious man gain merit in proportion to the zeal and devotion wherewith they are performed, so holy Mass is more or less profitable both to the priest who says it and to the persons for whom it is said according as it is celebrated with more or less fervor.” This is the reason why in the Mass the priest frequently beseeches God graciously to accept his oblation, and to vouchsafe that it may be conducive to his own salvation and that of the people. "Cochem's Explanation of the holy sacrifice of the Mass"
What will happen to us because of Pope Francis' release of the Motu Proprio?
Or what we should expect next to happen to us:
“God will strike in an unprecedented way. Our Lady of La Salette 19 Sept. 1846 (Published by Mélanie 1879)
“Woe to the inhabitants of the earth! God will exhaust His wrath upon them and no one will be able to escape so many afflictions together. Our Lady of La Salette 19 Sept. 1846 (Published by Mélanie 1879)
Again these chastisements will occur because Our Lady said......
“The chiefs, the leaders of the people of God have neglected prayer and penance, and the devil has bedimmed their intelligence. They have become wandering stars which the old devil will drag along with his tail to make them perish. God will allow the old serpent to cause divisions among those who reign in every society and in every family. Physical and moral agonies will be suffered. God will abandon mankind to itself and will send punishments which will follow one after the other for more than thirty-five years.Our Lady of La Salette 19 Sept. 1846 (Published by Mélanie 1879)
This......
“The Society of men is on the eve of the most terrible scourges and of gravest events. Mankind must expect to be ruled with an iron rod and to drink from the chalice of the wrath of God. Our Lady of La Salette 19 Sept. 1846 (Published by Mélanie 1879)
****
PROPHECY OF MELANIE ON TWO POPES:
"I didn't see, I don't see any Great Pope or Great Monarch before an extremely great tribulation, horrifying, terrible and general for all Christendom. But before that time, twice there will be a short lived peace; TWO shaky, servile, doubtful popes" Mélanie