Caleb Wallace, 30, Treated Himself With Cow Dewormer IVERMECTIN Ends Up In Hospital Ventilated And Heavily Sedated In The ICU - His Chances Of Recovery Are Slim To None 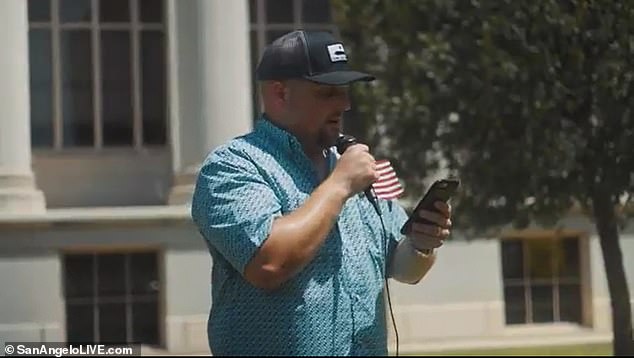 Probably a fan of Dr. Ann Barnhardt......
Father-of-three, 30, who organized pandemic restriction protests is fighting for his life with COVID: Texas man treated himself with Ivermectin cow de-wormer drug before being admitted to hospital and intubated
A Texas father who organized local protest against pandemic restrictions and mandates is fighting for his life with covid as doctors tell his family his chances of recovery are 'slim to none,' according to his pregnant wife. Caleb Wallace, 30, has been unconscious, ventilated and heavily sedated in the ICU at Shannon Medical Center in San Angelo since August 8 after first being hospitalized on July 30. When he first began experiencing symptoms of the virus just four days before his hospitalization he refused to get tested instead treating himself a cocktail of Vitamin C, zinc, aspirin and ivermectin, an anti-parasitic drug that has been falsely touted by some as an effective treatment. This month the FDA issued a warning begging Americans to stop taking the anti-parasitic drug intended for livestock as a treatment or covid tweeting: 'You are not a horse. You are not a cow. Seriously, y'all. Stop it.' Caleb was very resistant to turn to professional medical help but 'every time he would start to cough, it would turn into a coughing attack, and then that would cause him to completely go out of breath,' his pregnant wife, Jessica Wallace told the San Angelo Standard-Times. Source
Email Post