I Once Knew A Jesuit Who Claimed He And Other Jesuits Manipulated The Sugar Market In Peru Increasing Price Of Sugar In 1974 Causing World Wide Concern.....I Never Knew How He Did it... 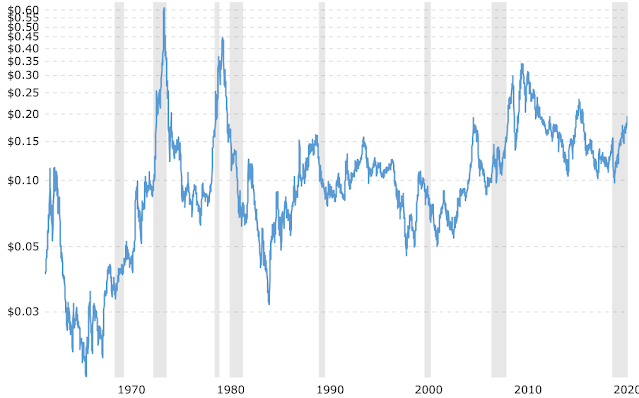 Sugar went from $0.01 on 12 Dec 1966 to $0.60 by 30 Sept 1974.
I once knew a Jesuit who claimed he and his Jesuit brother and a few other Jesuits residing in Peru in the 60's and 70's were able to manipulated the Sugar Market causing the price of sugar to dramatically increase.
This was all done from Lima, Peru.
He never gave me any details.
I don't know if the Jesuits were using Sugar contracts on the Chicago Board of Trade or some other exchanges that deal in Sugar Future Contacts.
I got the impression that the Jesuits there in Peru wanted to help the Peruvian economy?
I didn't ask any questions.
So I don't know if the manipulation was done on the Exchanges or if it was some other means to help increase the Sugar Prices.
I do know (from NYT) that in the early 70's:
Sugar prices have soared as a result of several factors:
¶Since 1971, worldwide sugar Consumption has exceeded worldwide sugar production. No narrowing of the gap is expected for at least a year and consequently prices are expected to continue high.
¶Adverse weather conditions this year have sharply reduced the beet‐sugar crop in Europe Mild, dry conditions and an infectious plant disease, the “virus yellow,” have cut the latest harvest there 30 per cent, virtually assuring it will be insufficient to meet the current year's demand. It appears unlikely that world sugar, production will catch up before October, 1975, when next year's crop is harvested.
¶Turbulent commodity speculation, mostly’ by Middle Eastern countries, faced with a need to invest the revenues resulting from their quadrupled oil, prices has also, driven up prices. Algeria, for example, has bought about 3 million’ tons Raw sugar and Kuwait about 2 million within the last month—equivalent to about one‐third of the American consumption and considerably more than their own domestic needs.
¶The, Soviet Union, traditionally, the world's largest producer, and other Eastern Bloc countries have switched from exporter to importer status, after their own beet‐sugar crops failed. Moscow recently bought about 500,000 tons from the Philippines, Australia and Peru.
Soaring Sugar Cost Arouses Consumers And U.S. Inquiries By Isadore Barmash Nov. 15, 1974
The simple explanation is that the increase in Sugar Prices was caused by commodity speculation engaged in by the Jesuits there in Lima Peru.
The NYT references Turbulent commodity speculation, mostly’ by Middle Eastern countries but this was outright purchasing of actual Raw Sugar not future contracts.
There was political upheaval in Peru in 1968 when Sugar Prices were about $0.03 a Coup d'etat took place against President Fernando Belaunde on October 3, 1968, by this guy:

Juan Francisco Velasco Alvarado
58th President of Peru during the dictatorship from October 3, 1968 – August 30, 1975
"1st President of the Revolutionary Government of the Armed Forces"
So about the time Juan Francisco Velasco Alvarado came into power the Sugar Prices shot up to record levels.
Velasco went on a campaign of nationalization known as Peruanismo and also created a agrarian reform program.
Velasco Nationalized the Sugar Industry.
So did these American Jesuits help Juan Francisco Velasco Alvarado nationalized the Sugar Industry thus causing worldwide Sugar Prices to explode?
Maybe this is what Father meant when he said that he and his Jesuit brothers cornered the market on Sugar production helping to increase worldwide Sugar Prices?
Makes sense I can't imagine Jesuits sitting on thousands of Sugar Future Contracts....but then again...
More on the Sugar industry in Peru written in 2005:
THE SUGAR INDUSTRY IN PERU By PETER F. KLAREN George Washington University
Email Post