MEDITATIONS ON CHRISTIAN DOGMA TREATISE I. 21. THE DOUBLE WILL IN GOD. 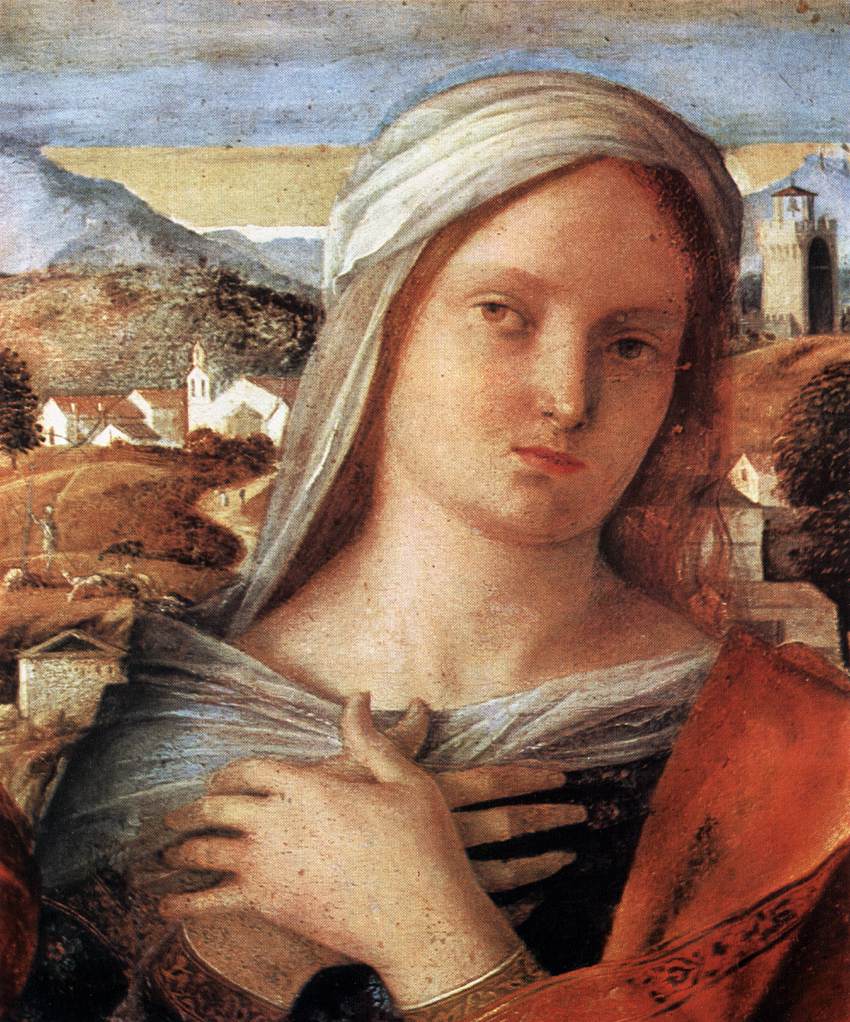 BELLINI, Giovanni
Madonna and Child with St John the Baptist and a Saint (detail)
1500-04
MEDITATIONS ON CHRISTIAN DOGMA
TREATISE I.
21.  THE DOUBLE WILL IN GOD.

I. The will of God is one simple act without progressive stages or variation. Yet it has different effects according to the difference of the objects it deals with, like the sunlight, which to the healthy organism is a delight, but torture to the feeble and diseased eye. To represent this fact to ourselves we have to reduce it to terms of human ideas and speak of a double will in God. Scripture holds the same language, and tells us of God changing His decrees towards the sinner when he repents, and the just man when he falls away (Jer. xviii. 9, 10). The primordial intention of God in creation was to "have all men to be saved;" and therefore " the one Mediator of God and men . . . gave Himself a redemption for all" (1 Tim. ii. 4-6). This we call the antecedent will of God. Man, however, is absolutely free, even to the extent of resisting Omnipotence. God does not break man s will by force, but ratifies his choice and allows him to bear the consequences. To this extent the assent of God s will depends on man s ; and therefore we speak of God s subsequent will, as if it were formed later than the primordial will for such a man s salvation, and after the pre vision of his free action. Thus we reconcile the apparent contradiction that nothing happens without God s will, and yet His will is contradicted ; that Almighty power desires a man s salvation, and yet that man is lost. There are mysterious depths in the Divine Will that we cannot fathom. "Thou knowest not now, but thou shalt know hereafter" (John xiii. 7). Wait in patience.
II. The efficiency of God s antecedent will amounts to this, that He desires most urgently the salvation of every man, and brings it about efficaciously, except so far as each one s free choice and deliberate obstinacy prevent it. God bestows the means of salvation on all, not scantily, but with at least as great a prodigality as we see in the material creation. He says of the lost soul, "What is there more that I ought to do to My vineyard that I have not done to it ?" (Isa. v. 4). Many labour under peculiar disabilities, but the bounteous ways of Divine Providence are peculiar for each man. For every disadvantage there is compensation, for weakness there is gentle pity, for the effects of heredity or misfortune there is the broadest allowance. God does not command the impossible ; He requires from each man only in proportion to what he has received ; and, as the Gospels often show, the lot of the least endowed is often better than that of the most favoured. Thank God for His desire for your salvation. Trust in Him and do not wrong His mercy by any suspicion. Do what you can, and your salvation is secure.
III. If any man perish, he perishes in defiance of the antecedent will of God. " I desire not the death of the wicked, but that the wicked turn from his way and live. Turn ye from your evil ways ; and why will you die, O house of Israel?" (Ezech. xxxiii. 11). If the subsequent will has consented to the soul s loss, it is the doing of that soul alone. " Destruction is from thyself, O Israel " (Osee xiii. 9). A very small amount of knowledge suffices for salvation, and God at some time gives this to all. Temptation in itself is never fatal : we are helped to bear it, and grace is proportioned to our needs. " God is faithful, who will not suffer you to be tempted above that which you are able " (1 Cor. x. 13). Prayer places the whole force of Gods omnipotence in our hands; it pierces the clouds, and, according to Our Lords repeated promises, its effect is infallible. Only the most absolute carelessness and shocking perversity are capable of neutralizing God s will to save our souls. Still you must always work out your salvation with fear and trembling. You cannot depend on yourself; there are such enormous possibilities of perversity in you.
MEDITATIONS ON CHRISTIAN DOGMA BY THE RIGHT REV. JAMES BELLORD, D.D.
Email Post