MEDITATIONS ON CHRISTIAN DOGMA TREATISE I. GOD. 28. THE PROVIDENCE OF GOD. 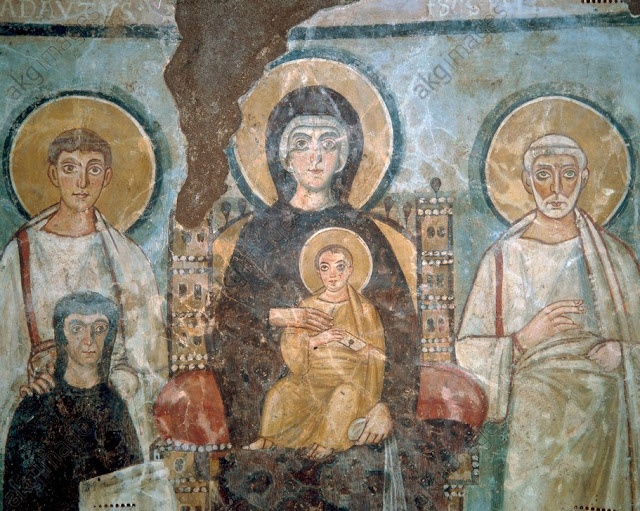 Saints. Felix And Adauctus
MEDITATIONS ON CHRISTIAN DOGMA
TREATISE I. GOD.
28. THE PROVIDENCE OF GOD.
I. God, having created the world, did not thenceforward leave it to itself. He still oversees and guides all things, according to the Scripture : "The eyes of all hope in Thee, O Lord, and Thou givest them meat in due season " (Ps. cxliv. 15). The world requires for its conservation and development a continuance of the same divine influx which created it. It is no more within the power of matter and force to go on in their due order without God than to create themselves without Him. Left to itself for a single instant the whole fabric of the universe would totter and collapse. So in the human order a building, a garden, an army, a social organization, require constant care, or they will go to ruin. Whether God's sustaining influence is renewed from moment to moment immediately by Him, as source of the natural order, or whether it is contained in created forces which received a primordial impulse that will carry them on through the whole cycle of existence, is indifferent to our argument. These are but statements, differing in their degree of completeness, of the same fundamental truth that Providence rules all things. The Providence of God is manifested in these reflections of itself which exist in creatures ; in the case of parents for their children, of animals for their young, of the artist for the productions of his hand or brain. These qualities in creatures are evidence of the existence in a supreme degree in God of a most complete, thoughtful and loving watchfulness over His creation. Never forget that God feels this supreme interest in your temporal and spiritual welfare.
II. One great characteristic of Divine Providence is that it "ordereth all things sweetly" (Wisd. viii. 1). There is in its rule nothing violent, arbitrary, or contrary to the nature of things and their due order. There is no irregular interference, no sudden afterthought, no forcing of all sorts of things into one mould. On the contrary, a marvellous diversity and freedom prevail within the limits of perfect harmony. In the natural order God works by natural means in accordance with the laws which He implanted in nature at the first. There are no breaks of continuity in His works, no need to supplement His natural arrangements by the introduction of miraculous effects, except for the super natural purpose of forwarding our salvation, and in strict accordance with supernatural law. You must be content to take things as they have been arranged by God's Providence, not expecting the feeble to be perfect, the free to be constrained, transient things to be permanent. All things cannot be accommodated to your fancies, but you must accommodate yourself sweetly to all things, bearing the defects of others, and accepting humbly the fact that you have still worse defects.
III. Because of the sweetness in the operations of Providence, therefore it " reacheth from end to end mightily" (Wisd. viii. 1), and never fails to accomplish its purposes. Note that there are two classes of objects proposed by God for every creature. One is its particular end or aim ; such as for the tree to bear fruit, animals to subserve our utility, man to imitate God and attain to His possession; and this object of Providence often fails of accomplishment. But there is a general end or aim, viz., the progress of the universe, the justification of God's action and His law, and the manifestation of His supremacy and glory. This object of divine Providence never fails. The storm which uproots the saplings is for the benefit of the forest. The punishment of malefactors is evidence of respect for law, efficiency of government, security for good citizens. Out of particular evils God draws some general good. The wicked supply by their perversity the opposition which elicits and strengthens virtue. Persecution purifies the Church. Sin becomes the means of manifesting God's mercy and His justice. So all things are compelled to work together unto the good of the elect and the glory of God.
MEDITATIONS ON CHRISTIAN DOGMA BY THE RIGHT REV. JAMES BELLORD, D.D.
Email Post