Apelles, The Most Famous Disciple Of Marcion, Was Excommunicated By His Master For Committing A Crime Against Chastity 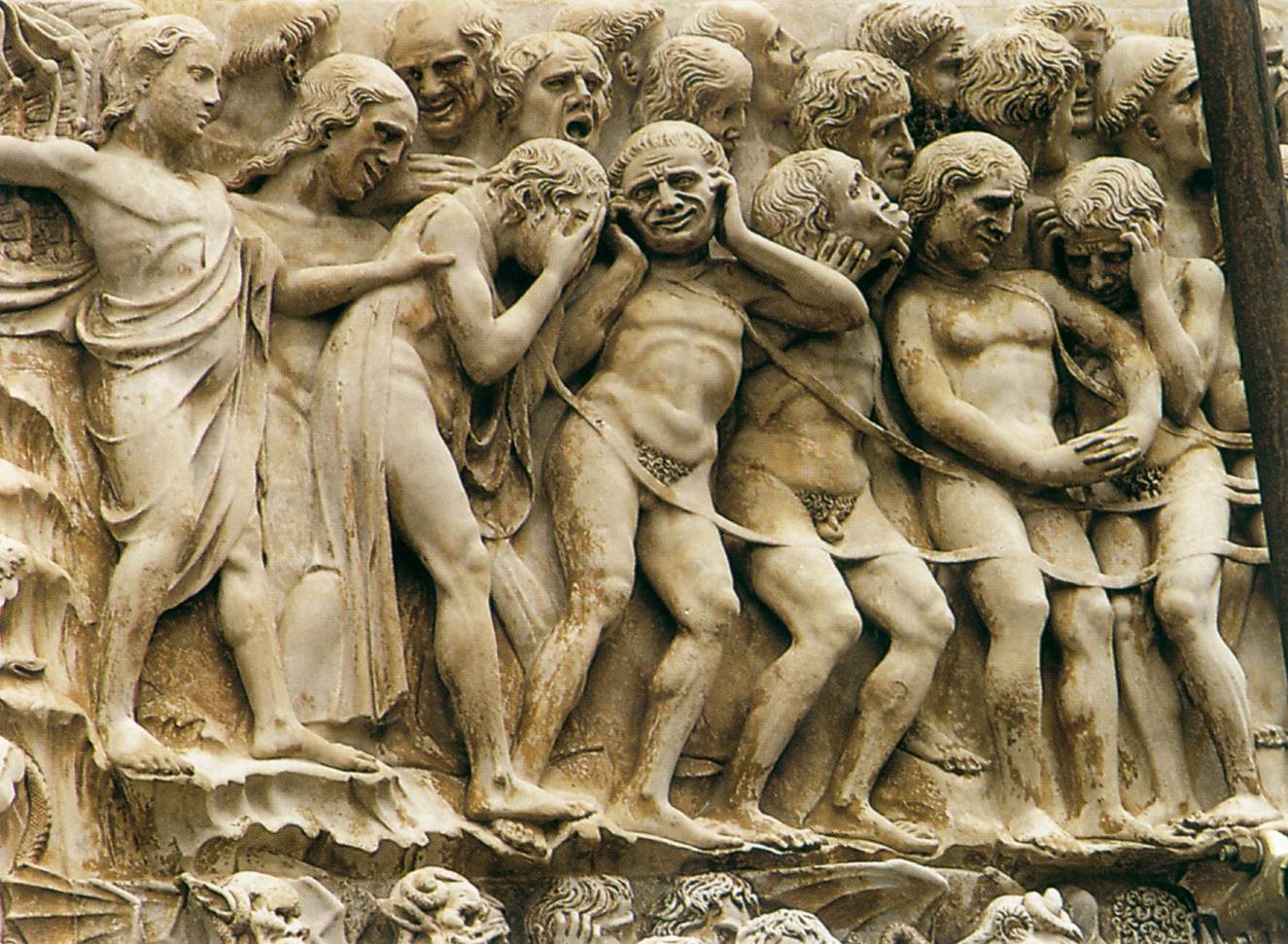 MAITANI, Lorenzo
Reliefs on pier 4: Scene 2 (detail)
1310-30
9. Apelles, the most famous disciple of Marcion, was excommunicated by his master for committing a crime against chastity, and felt his disgrace so much that he fled to Alexandria. This heretic, among other errors, said that God created a number of angels and powers, and among the rest a power called the Lord, who created this world to resemble the world above, but not being able to bring it to perfection, he repented him of having created it (14). Van Ranst says that he rejected the Prophecies, and said the Son of God took a body of air which, at his ascension, dissolved into air again.
(14) Fleury, loc. cit. . 35,
The History of Heresies and Their Refutation by Alphonsus M Liguori.
Email Post