Marcion The Son Of A Catholic Bishop Said " I Will Cause An Eternal Division In Your Church." 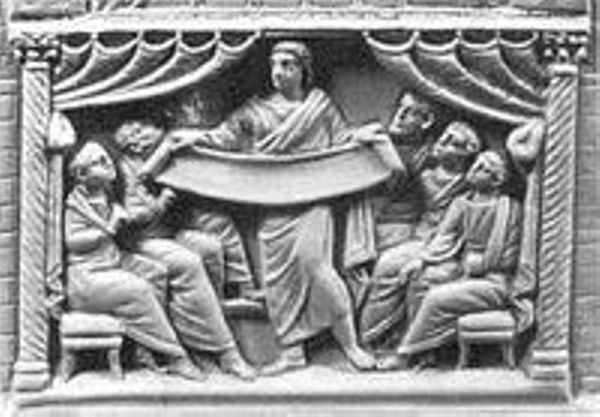 8. Marcion was a native of the city of Sinope, in the province of Pontus, and the son of a Catholic bishop. In his early days he led a life of continence and retirement ; but for an act of immorality he was cut off from the Church by his own father. He then went to Rome, and endeavoured to accomplish his restoration; but not being able to succeed, he, in a fit of rage, said " I will cause an eternal division in your Church." He then united himself to Cerdonius, admitting two principles, and founding his doctrine on the sixth chapter of St. Luke, where it is said a good tree cannot bring forth bad fruits. The good principle, he said, was the author of good, and the bad one of evil; and the good principle was the father of Jesus Christ, the giver of grace, and the bad one, the creator of matter and the founder of the law. He denied the incarnation of the Son of God, saying it was repugnant to a good God to unite himself with the filthiness of flesh, and that his soul should have for a companion a body infected and corrupt by nature. He also taught the existence of two Gods one, the good God; the other, an evil one, the God of the Jews, and the creator of the world. Each of these God's promised to send a Christ. Our Christ appeared in the reign of Tiberius, and was the good Christ; the Jewish Christ did not yet come. The Old Testament he rejected, because it was given by the bad principle, or God of the Jews. Among other errors, he said, that when Jesus descended into hell, he did not save Abel, or Henoc, or Noah, or any other of the just of the old law, because they were friends of the God of the Jews; but that he saved Cain, the Sodomites, and the Egyptians, because they were the enemies of this God (13)
(13) Orsi, t. 2, L 3, n. 45 ; N. Alex. 6, c. 3, ar. 4 ; Orsi, t. 2, /. 3, n. 44. t. 6, c. 3, ar. 5 ; Baron. Ann. 146, n. 9, &c. ; Fleury, t. 1, /. 3, n. 34.
The History of Heresies and Their Refutation by Alphonsus M Liguori.
Email Post